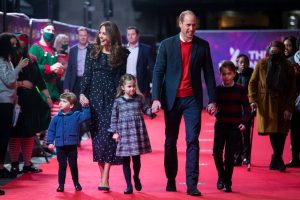 Like Grandma, like….grandkids? Prince William and Kate Middleton’s kids have picked up one of the Queen’s favorite royal pastimes in quarantine: horseback riding. Look, we all learned how to do new things in quarantine, but for the average person, that was likely creating bread from sourdough starter or hand weaving your own blanket — not learning how to ride a pony. But the royal tots are not like us, and we’ve since learned that Prince George, age 7, Princess Charlotte, age 5, and Prince Louis, age 2, all have their own ponies with which to learn their new hobby. 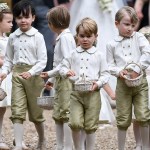 What’s especially nice about this hobby is that it’s something the little ones have can do together. According to UK paper The Times, the Queen has also been horseback riding during quarantine and “taking a close interest in her great-grandchildren’s progress in the saddle.” The little ones are even supposed to join her “for rides at Windsor and Balmoral in the summer.”

It’s no doubt that the royal family has been going through a lot, especially after the explosive Meghan Markle and Prince Harry Oprah interview that revealed Kate Middleton supposedly made Megan Markle cry (before which the opposite was reported). We’re glad to see the pair have appeared to try to keep their children out of conversation going on in the media, with a royal insider telling Us Weekly that “Kate’s an extremely protective mother and while she’s all about open communication, George, Charlotte and Louis are still young.” Amidst all this media attention, a new hobby may be just what the little ones need.

Who knows? Maybe these little ones will become the next Princess Anne or Zara Tindall, Olympic equestrians and their royal British relatives. There’s no denying that horseback riding has a long history as a royal pastime, and it’s clear that George, Charlotte, and Louis are all getting started early to join in on the fun.