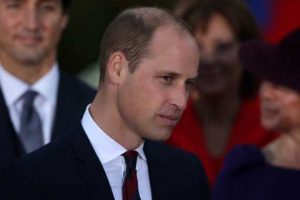 The royal family is usually careful about the remarks they make, but Prince William found himself in hot water on Wednesday for misreported comments he made while visiting the Ukrainian Cultural Center in London. William ultimately only commented that it was “very alien” to see images like those we’re seeing out of Ukraine “in Europe,” early reports of his comments suggested that he had compared the current situation to seeing images of conflict in Africa and Asia, and those misreported comments sparked instant backlash. And while William is facing ire for comments he didn’t ultimately make, there’s a reason the public was ready and willing to jump on the reported comparison — and that’s that many other public figures have made nearly the exact comment that William was mistakenly believed to have made. Since Russia’s invasion of Ukraine, a number of comments have been shared by the media that show an unconscious bias to the atrocities of war and where they happen, and that’s an important bias to correct.

The accurate quote of what Prince William said was clarified on Twitter with video evidence shared by Harper’s Bazaar royal editor Omid Scobie on Thursday. “Everyone is horrified by what they are seeing. The news every day, it’s almost unfathomable,” William said during his visit. “For our generation, it’s very alien to see this in Europe. We’re all right behind you.”

The Daily Mail‘s Richard Palmer was the one who had incorrectly added that William said that British citizens were “more used to seeing conflict in Africa and Asia,” which sparked wide-spread social media backlash against the royal overnight.

But it’s far from just William who has commented that war in Europe is particularly jarring to see: many reporters are sending a similar message out to their readers and viewers. Journalist Alan MacLeod recently shared a Twitter thread of “the most racist Ukraine coverage on TV News,” in which he pointed out major news outlets expressing explicit dismay at seeing violence and turmoil specifically in Western society — and implicitly or explicitly noting that it wasn’t as distressing to see those same images in other parts of the world.

One such example is CBS foreign correspondent Charlie D’Agata, who reported, “This isn’t Iraq or Afghanistan…This is a relatively civilized, relatively European city.”

And leave it to The Daily Show to deliver a montage of reporters making the same mistake — it’s a blind spot that many people need to stop and reflect upon. Host Trevor Noah didn’t sugarcoat his sentiments at all, noting, “I was shocked to see how many reporters, around the world, by the way, seem to think it’s more of a tragedy when white people have to flee their countries because, I guess, what… the darkies were built for it?”

There absolutely should be empathy for what Ukraine is experiencing, but that same energy should also be directed at war in general, no matter where in the world it happens. Prince William’s misreported comments struck a nerve in the press, and though he didn’t say exactly what he was accused of, it’s a wake-up call that the Western world has a selective awareness of how war affects humanity. William shouldn’t have been subject to criticism for comments he didn’t make, but hopefully he’ll learn from the backlash nonetheless, and consider removing “in Europe” as a qualifier from any future statements of sympathy regarding the war.

Before you go, click here to see Princess Diana’s most scandalous royal moments.