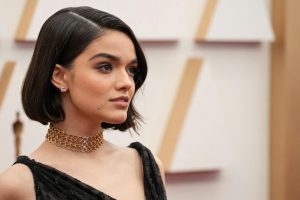 The West Side Story star told Sean Bean to “wake up” after he said intimacy coordinators ruin “spontaneity” on set.

West Side Story’s Rachel Zegler has taken to Twitter to call out Game Of Thrones’ Sean Bean for his comments about intimacy coordinators spoiling the “spontaneity” of filming a sex scene.

In a new interview with The Times Magazine, Bean – who is set to star in BBC One’s upcoming drama Marriage – said that having an intimacy coordinator present on set would affect his performance.

“It would inhibit me more because it’s drawing attention to things,” Bean said. “Somebody saying, ‘Do this, put your hands there, while you touch his thing…’ I think the natural way lovers behave would be ruined by someone bringing it right down to a technical exercise.”

Bean’s words quickly attracted attention online, with multiple actors coming forward to criticise his comments. These included Zegler, who revealed how having an intimacy director on set had helped her while filming West Side Story alongside her co-star, Ansel Elgort.

“Intimacy coordinators establish an environment of safety for actors,” she wrote in a tweet quoting the interview. “I was extremely grateful for the one we had on West Side Story – they showed grace to a newcomer like myself and educated those around me who’ve had years of experience.”

Snowpiercer’s Lena Hall – who Bean alluded to in the interview – also responded. Speaking about his and Hall’s experience filming a sex scene for Snowpiercer season two, Bean said the pair’s work had been “experimental”, adding that Hall was “up for anything” because of her experience in musical cabaret.

However, Hall has criticised these comments, clarifying that she wasn’t really naked during her scene with Bean, and that her background does not mean she is “up for anything”.

“Just because I am in theatre (not cabaret, but I do perform them every once in a while) does not mean that I am up for anything,” she wrote on Twitter. “Seriously does depend on the other actor, the scene we are about to do, the director, and whatever crew has to be in there to film it.”

She continued: “If I feel comfortable with my scene partner and with others in the room then I won’t need an intimacy coordinator [IC]. BUT if there is any part of me that is feeling weird, gross, over-exposed etc… I will either challenge the necessity of the scene or I’ll want an IC.”

Jameela Jamil – who stars in the new She-Hulk series – also responded to the comments. Sharing her thoughts on Twitter, she wrote: “It should only be technical. It’s like a stunt. Our job as actors is to make it not look technical. Nobody wants an impromptu grope…”