At War is a newsletter about the experiences and costs of war with stories from Times reporters and outside voices.

Nov. 11 marks 100 years since the signing of the armistice that ended World War I. We asked readers to tell us how their families commemorated the centennial. Here are some of their stories.

Last July, I spent a week in France as a historian for an Army commemoration of World War I. In the small French village of Fismette, several dozen American soldiers tramped across the old stone bridge dividing Fismette from Fismes, its neighboring town, gathering at the edge of the lazy-flowing Vesle River. One hundred years prior, this space had been swept by German machine guns and pounded by artillery as American engineers labored to maintain a bridgehead over the swollen river. At the ceremony, historians described the horrors that faced the members of the Pennsylvania National Guard’s 28th U.S. Division in the weeks they were engaged here. Among the group of soldiers in attendance were current members of the division. A French boy, tightly holding a picture of an American soldier from World War I, approached one of the soldiers. The soldier spoke no French, but he pointed to the bridge and then at the keystone patch on his shoulder. Reconstructed after the war, the bridge had been dedicated to the 28th Division and bears a large image of its patch. The boy’s gaze went from the bridge and then back to the tall soldier with the two stars on his chest. The soldier reached into his pocket, drew out a keystone patch and handed it to the boy. “Pour moi?” the boy asked. Holding the symbol of the Army’s intervention in his town, the boy ran back to his friends, tossing back an excited “Merci!” to the soldier. He had picked the right one; that soldier was the commanding general of the 28th Division. — Jonathan Bratten, Portland, Me.

The Final Moments of a Soldier’s Life on the Battlefield 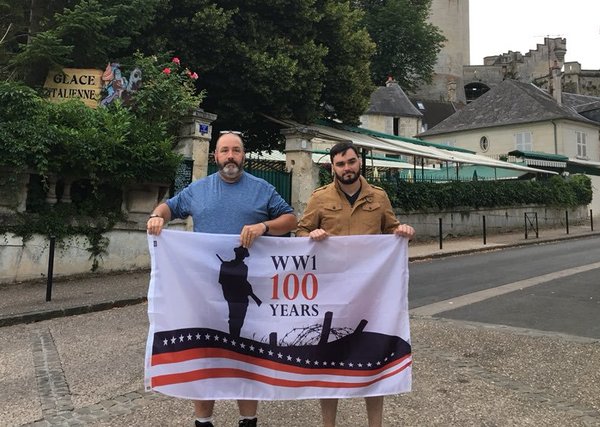 This summer, my family visited France to commemorate the centennial of the death of First Lt. George Baldwin McCoy, my great-grand-uncle. He was killed on July 20, 1918, leading a charge against German machine guns during the Second Battle of the Marne. He was 25. I stood next to my father in the wheat field before dawn while he peered at a laminated map using a flashlight, on the 100th anniversary of when Lieutenant McCoy’s unit launched their attack, down to the minute. After a long moment of silence and reflection, we loaded back into the car and drove forward a few hundred yards to the farmhouse where Lieutenant McCoy was mortally wounded. We then retraced his steps to the field hospital, and then found the graveyard where my ancestor was temporarily buried. Through my father’s research, we had learned that my great-great-grandfather Judge Walter Irving McCoy campaigned to bring home the bodies of his son and other fallen Americans. When he finally succeeded, the Army accidentally chopped the feet off Lieutenant McCoy’s corpse with a shovel, making the family fear that the corpse was not actually their son. A furious Judge McCoy proceeded to raise hell, prompting congressional hearings and an investigation by the Army. After they determined that they had indeed sent the correct body, my great-grand-uncle was interred in Arlington National Cemetery. — Alexander McCoy, New York, N.Y.

Tracking the History of an Ancestor’s Death

When I was growing up, my grandfather told me that Pfc. John A. Olien, my great-uncle, was killed by German machine gunners, but the family never learned of the circumstances. In 1918, they celebrated the armistice on Nov. 11 not knowing John had been killed. Notification of his death arrived in early December. I eventually found the history of John’s unit in the University of Michigan library. He charged the German lines with his captain and a handful of other men. They captured three outposts before they realized they were surrounded on three sides. His captain was killed, and John was critically wounded, lying on the battlefield, tended by a fellow soldier until both were captured by the Germans. John died while German medics were taking him to an aid station. In 1921, my family chose to bring John’s remains home to be interred on the highest hill of a rural cemetery near New Richmond, Wis. When I was young, I visited the grave site with my grandfather on Memorial Day, on John’s birthday, on the anniversary of his death and every Nov. 11. In August 2017, a French guide led me to the spot where John was killed during the Meuse-Argonne offensive in 1918. — David Olien, Madison, Wis.

[Sign up for a weekly roundup of Times coverage of war delivered to your inbox.]

We have a relative killed in a battle near Linthal, Alsace, in 1918 along with 48 other Americans. A historian from the village tracked down the descendants of the Americans killed and invited them to a commemoration ceremony in September. About two dozen attended, including me and many members of my family. It was one of the most remarkable and moving events I have ever experienced. The gratitude and hospitality of the residents of Linthal will not be forgotten by any of us. — Emily Patterson, Houston, Tex

Join At War for a group discussion on Nov. 12

Join us the day after Veterans Day to talk firsthand with three Times journalists, all of them military veterans: C.J. Chivers, who served as an infantry officer in the Marine Corps; Washington bureau reporter Thomas Gibbons-Neff, who served as a Marine infantryman; and reporter John Ismay, who was an explosive-ordnance disposal officer in the Navy. The call will be moderated by Lauren Katzenberg, the editor of At War, a Times channel for exploring the experiences and costs of war. R.S.V.P. here.

The Latest From At War 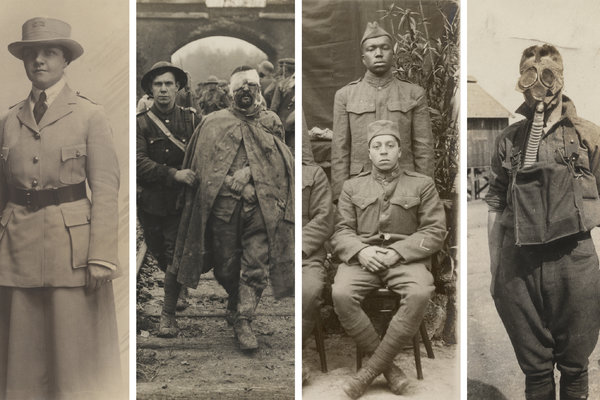 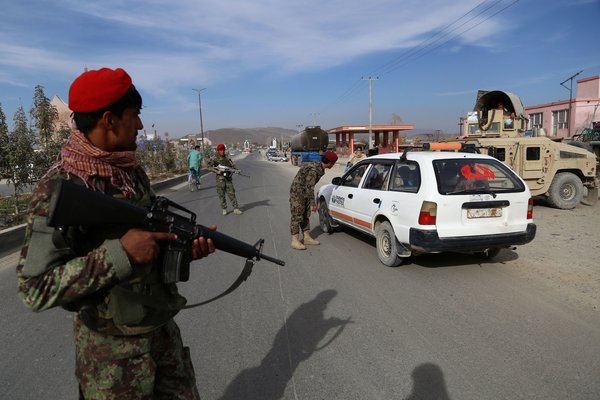 Virgin Australia Airline Seeks to Thank Veterans for Their Service. Vets Say, ‘No, Thanks.’: Australian military veterans said that Virgin Australia’s offer to give them priority boarding was un-Australian. Others said the policy was “too American.”

An Operation in Niger Went Fatally Awry. Who Is the Army Punishing?: In one of the final chapters in a lengthy investigation into how four Americans died on an obscure battlefield, some of those who fought in the pitched firefight have been reprimanded, while senior officers who approved the mission have gone unpunished.

Fight Against Last Vestige of ISIS in Syria Stalls, to Dismay of U.S.: The American-backed offensive has encountered unanticipated problems, and the terrorist group remains potent around the world.

She Reported From the World’s Combat Zones, at the Cost of Her Life: Lindsey Hilsum’s “In Extremis: The Life and Death of the War Correspondent Marie Colvin” is a powerful portrait of a woman drawn to danger — and truth.

A ‘Legacy of Terror’: ISIS Left More Than 200 Mass Graves in Iraq: It may not be much of a surprise, but the scale of the job of digging up Islamic State victims is shocking. The UN says there may be 12,000 victims.

A Patriot Returns: The remains of Brent Taylor, who served in the military and as a mayor, arrived home, appropriately, on Election Day.

We’d love your feedback on this newsletter. Please email thoughts and suggestions to [email protected]. Or invite someone to subscribe through this link. Read more from At War here or follow us on Twitter.