PARIS — When Ren Hang’s nude photographs first went on display in China barely a decade ago, he was immediately identified as an artistic phenomenon and rapidly swept up by Western art galleries. His images were playful and provocative, visually stunning with an underlying sense of vulnerability, sometimes bordering on pornography, but never vulgar. They offered a glimpse into a Chinese youth subculture outsiders rarely got to see.

Mr. Ren’s career was meteoric, and tragically brief. He took his own life in 2017 at age 29, leaving behind a body of work that is highly personal: There is no mistaking a Ren Hang photograph. 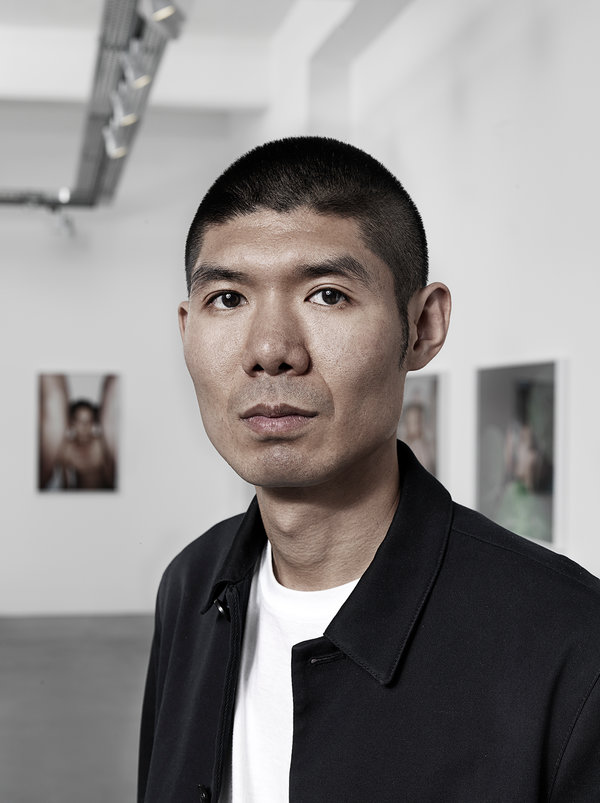 A retrospective of Mr. Ren’s work is on show in at the Maison Européenne de la Photographie in Paris through May 26. It is one of the first shows curated by the museum’s new director, Simon Baker, who was formerly the curator of photography at the Tate galleries in Britain.

Mr. Baker picked out some highlights of the show. Here are edited excerpts from his explanations.

Ren Han’s work can be seen as performance art or physical sculpture, but to me, it is freedom of expression, provocation without offense. It is not radical in the sense of Ai Wei Wei’s work, but definitely nonconformist.

These people are playing in order to be themselves instead of the stereotypical Chinese citizen. It’s really quite naughty disobedience, and about getting the picture before the police shows up. Who knows whether they would have been arrested or just told off and sent home?

There is a tendency to see Chinese contemporary art as heavily influenced by the West. But Ren Hang represents the influence of a Chinese artist on young Western photographers. He was very interested in Araki, the Japanese artist, and you might see some Guy Bourdin in his work. But what you see in his pictures is primarily Chinese.

Ren Hang was gay. Being “out” in China is complicated, and neither his family nor people in China really understood what he was doing.

He made a lot of his work in his apartment and in the parks in Beijing. He’d shoot friends, but also do online calls on WeChat [a Chinese social media platform], and people would just show up, take off their clothes and he would start to pose them.

Everything is very simple, very homemade-looking, improvised and natural. His influence is huge on young artists interested in performance in photography and in sexuality.

One can only imagine how they did this picture, with models leaning over from chairs or ladders, or being held upside down.

I think it will be a very joyful show. We've called it “Love, Ren Hang.” Two of his books with pictures he shot in Europe are called “Athens Love” and “Vienna Love.”

This is clearly a very fleeting moment. Somebody presumably threw the butterflies toward the model, who somehow managed to remain completely calm and maintain his vibe.

Ren Hang is often presented as a kind of pornographic artist — and in truth, there are images in his oeuvre that are quite tough. But there are also many images that are strikingly beautiful, elegant and carefully composed.

This image is amazing, yet such a simple idea. The beautiful blue sky is probably just the patch of white wall in his apartment, flared with the flash. And it was almost certainly shot on the minimum-possible-sized double bed: in a tiny room, in a tiny apartment with no light. This is the mark of a truly amazing artist, when you can transform the everyday into something very beautiful. It is alchemy.

It is easy to project on Ren Hang that he was a sort of freedom fighter, but his work is more about personal freedom, like Surrealism, where you find freedom by going inside and not conforming, rather than protesting in a militant way.

When Ren Hang passed away, it provoked a huge outpouring of emotion online. He wrote a lot of poems, some very explicit, and many about depression and death. They are incredible, very short, like haikus, each one an image made very perfectly and economically.

The show will also include a very beautiful series of photos of his mother. She is still very much in mourning.

This will be our poster on the outside of the museum. It is a stunning image: really incredible, very simple and haunting because the sense of color is so amazing. It became like a kind of cult image, and many people have had it tattooed on them.

Ren Hang shot commercial work for magazines. Barriers have fallen between fashion photography, contemporary art and fine art photography. He had something the fashion world is always after: a look, a signature.