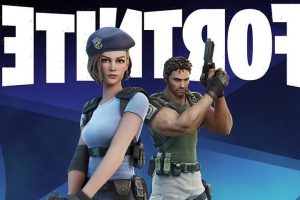 Skins aside, the second bundle will then offer fans a range of other in-game items and flair to customize their own gaming experience with. You’ll be able to obtain three Back Blings designed after the game’s Green, Red and Blue Herbs, as well as another one modeled after a classic typewriter. Rounding out the bundle are two pickaxes inspired by Umbrella’s HOT DOGGER anti-bioweapon knife as well as the classic Stun Rod.

For those interested, both bundles are now available in the Fortnite Item Shop.