Robert LeBlanc Releases NFT's in Anticipation of His New Book 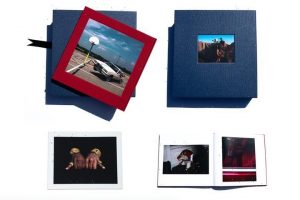 In anticipation of his upcoming book, A New America, photographer Robert LeBlanc has released a series of NFT’s, titled “This is Real Life.” Fans who get their hands on the digital artworks will to get a special limited edition copy of the book including a print that will never be available to the public, only to NFT holders.

“This is Real Life” is a visual diary of one long continuous video that is broken up into 10 total parts. Seven of the ten NFT’s are now available for purchase via Foundation and the remaining three will then go on sale once the initial NFT’s sell out.

Releasing later this year, A New America was shot over three years and features over 30 states that LeBlanc travelled and unearthed the cultural underbelly of America — from Juggalos in Ohio to a sex doll factory in San Diego. To read more about Robert LeBlanc, check out the exclusive interview we did on him for Hypebeast’s Through The Lens series.