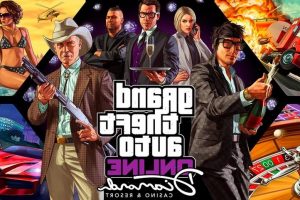 Rockstar Games has announced that it will shut down Grand Theft Auto Online for the PS3 and Xbox 360 on December 16.

In a statement, the video game publisher revealed it will be refocusing its efforts on updates and support for the PS4, Xbox One and PC versions of GTA Online, as well as prep for the launches of the expanded and enhanced versions of both GTA V and GTA online on PS5 and Xbox Series X|S this Fall. Rockstar Games will also stop the sales of Shark Cash Cards for GTA Online after September 16.

The company, however, confirmed that none of these changes will impact any access or progress in Story Mode for all the aforementioned titles.

Elsewhere in gaming, take a look at all the biggest announcements from E3 2021.
Source: Read Full Article