Home » Entertainment » Romcoms are back in a big way: 7 of the best new ones to have on your radar

Romcoms are back in a big way: 7 of the best new ones to have on your radar 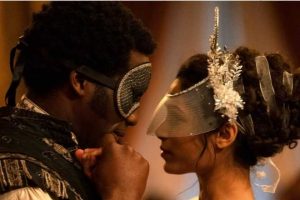 The beloved romcom is back like it never left – here are the new and upcoming ones you need to curl up with immediately.

If you said that 2022 would be the year of the romcom renaissance, we may not have initially believed you. In an age of TV and film that seems to be becoming increasingly obsessed with true crime, murder and espionage, it’s hard to believe that the beloved old romantic comedy is having its heyday as we speak.

While famed actors including Sandra Bullock and Julia Roberts have made their romcom return this year, there is a plethora of new and recognisable acting talent turning its hand to the genre. Gone are the days when romcoms were entirely obsessed with seeing one kind of plotline play out. While we’ve recently loved The Lost City, revelled in the fact that we’re getting another instalment of BBC’s Starstruck and got a little bit obsessed with Emma Thompson in Good Luck To You, Leo Grande, there are still many more upcoming romcoms to take note of.

So whether you’re ready to binge-watch a series now or plot a cinema trip for the near future, these are the new and upcoming romantic comedies you need to have on your radar now.

The Summer I Turned Pretty

If you’ve been anywhere on social media recently, you’ll know that one romantic drama has been garnering all of the attention – and for good reason. It’s got everything we want from a classic romcom: teenage angst, the ever-present “will they, won’t they?” question running through it and a love triangle that’ll keep you guessing up until the last episode.

The coming-of-age drama is based on the novel of the same name by Jenny Han (To All The Boys I’ve Loved Before) and stars Lola Tung in the lead role as Isabel “Belly” Conklin. Of course, we were hoping that the series would be renewed – seeing as the book is part of a beloved trilogy of YA novels – and happily even before the series premiered, a second season was already confirmed. Trust us, though, those seven episodes will fly past in a blissful flash.

The Summer I Turned Pretty is available to stream on Prime Video.

When we first heard about a Jane Austen classic getting a gay spin, we immediately knew Fire Island would be the kind of film we’d lap up in a heartbeat. And we were most certainly correct.

The new Disney+ movie is billed as a gay adaptation of Austen’s Pride And Prejudice and follows two best friends, the Elizabeth Bennet-esque Noah (Sunnyside’s Joel Kim Booster) and Howie (Saturday Night Live’s Bowen Yang), who set out for a week-long holiday in the Pines, an iconic queer hotspot on New York’s Fire Island.

Their annual week of love and laughter is suddenly interrupted, though, when a sudden change of events jeopardises their summer and their bonds as a close-knit chosen family are pushed to the limit. The entirely LGBTQ+ cast features How To Get Away With Murder’s Conrad Ricamora, You’s James Scully and many more.

Fire Island is available to stream on Disney+.

Fire Island: the raucous trailer for Hulu’s new queer romcom paves the way for a gay Pride And Prejudice

Now, the rumours of Julia Roberts returning to a romantic comedy film have been circulating for some time, but until we saw the trailer, we almost couldn’t quite believe it. Not only is the actor returning to the beloved movie genre, but she is also reuniting with Ocean’s Eleven co-star George Clooney.

Ticket To Paradise is Roberts’ first romcom in 20 years, so who better to direct it than Ol Parker of Mamma Mia! Here We Go Again fame. The new movie sees Roberts and Clooney star as divorced parents who team up to try to stop their daughter Lily’s (Dopesick’s Kaitlyn Dever) abrupt decision to marry a Balinese local.

They see it as a repetition of their own mistake 25 years ago, so they embark on a mission to convince, trick and covertly force the upcoming nuptials down the path of never happening. While we don’t quite know if the movie will involve Roberts and Clooney’s own romantic plotline arc, we do know that the movie looks like just the kind of fun-loving tonic we all need right now.

Ticket To Paradise will be released in UK cinemas on 16 September.

Ticket To Paradise: Julia Roberts and George Clooney reunite in the hilarious new trailer for this much-anticipated romcom

The thing we love most about the recent slew of romcoms is the fact that they’re not all the same monotonous, heteronormative, majority white film content. They’re bringing new life to a genre that has stood the test of time and we couldn’t be happier about it.

This new Netflix series stars Neil Patrick Harris as we follow him as a blindsided partner who suddenly finds himself navigating being a single gay man in New York in his mid-40s. Harris stars as Michael, who believed his life was perfect until his husband of 17 years walks out the door.

The series also comes from producer Darren Star, who brought us the smash hit romcom Emily In Paris and Sex And The City, so something tells us this one’s going to be very, very good.

Uncoupled will be available to watch on Netflix on 29 July.

Secondary school crushes, flushed cheeks and nervous chatter – we can all think back to the school days when harbouring a teenage crush for someone would be the one thing on our mind. In this Disney+ film, expect to relive those very days as we follow high school student and aspiring artist Paige (played by Rowan Blanchard) who has hopes of attending the prestigious California art school CalArts.

But when she’s wrongfully accused of vandalising school property, the aspiring young artist is forced to join her high school track team. She uses it as an opportunity to pursue the girl she’s been harbouring a longtime crush on, but soon finds herself falling for an unexpected teammate and discovers what real love feels like. The thing we love most about this film is the fact it’s unapologetically queer, joyful and authentic – a top pick for any romcom fans.

Crush is available to watch on Disney+.

The new film has drummed up a fair amount of praise, not least because it’s infectiously joyous and will leave you feeling all warm inside. The pre-requisite for any romantic drama, we say.

As the synopsis reads: “Fresh out of college and without a clear life path going forward, 22-year-old Andrew (Cooper Raiff) is stuck back at home with his family in New Jersey. But if there’s one thing that belongs on his nonexistent résumé, it’s how to get a party started, which lands him the perfect job of motivational dancing at the bar and bat mitzvahs for his younger brother’s classmates.

“When Andrew befriends a local mom, Domino (Johnson), and her daughter, Lola, he finally discovers a future he wants – even if it might not be his own.”

Bridgerton may be over for now but that doesn’t mean that period dramas have completely vanished from our radar. This new regency romcom is giving us everything: diversity, female friendship and the kind of romantic tension we love.

It’s based on the Suzanne Allain novel of the same name and focuses on Julia Thistlewaite (Zawe Ashton), who is jilted by London’s most eligible bachelor, Mr Malcolm (Ṣọpẹ́ Dìrísù), after failing to meet every qualification on his exhaustive list of requirements for a potential wife.

So, in a bid to exact the most perfect form of revenge, she employs her friend Selina Dalton (Freida Pinto) to help. She soon enters the world of London’s high society and pretends to be Mr Malcolm’s ideal match. Soon, he wonders whether he’s found the perfect woman… or the perfect hoax.

Mr Malcolm’s List will be released in cinemas on 1 July.