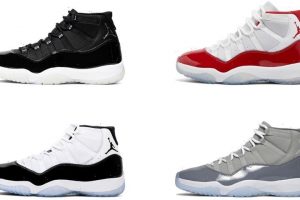 The Air Jordan 11 Retro “Cherry” drops this week on Saturday, December 10. The below roundup showcases underrated 11 Retros regaining momentum amongst the sneaker community in anticipation of the new release. For longtime fans of the iconic silhouette, “Cherry” harkens back to the AJ11 Low “Varsity Red” released in 2001, remixing the low-top’s two-tone color story with glossy, patent leather overlays and white mesh.

This curated list includes hallmark models like “Jubilee / 25th Anniversary,” a 2020 release celebrating Tinker Hatfield’s original 1995 design. Check out the lineup below and shop each style, including “Cherry” on GOAT. 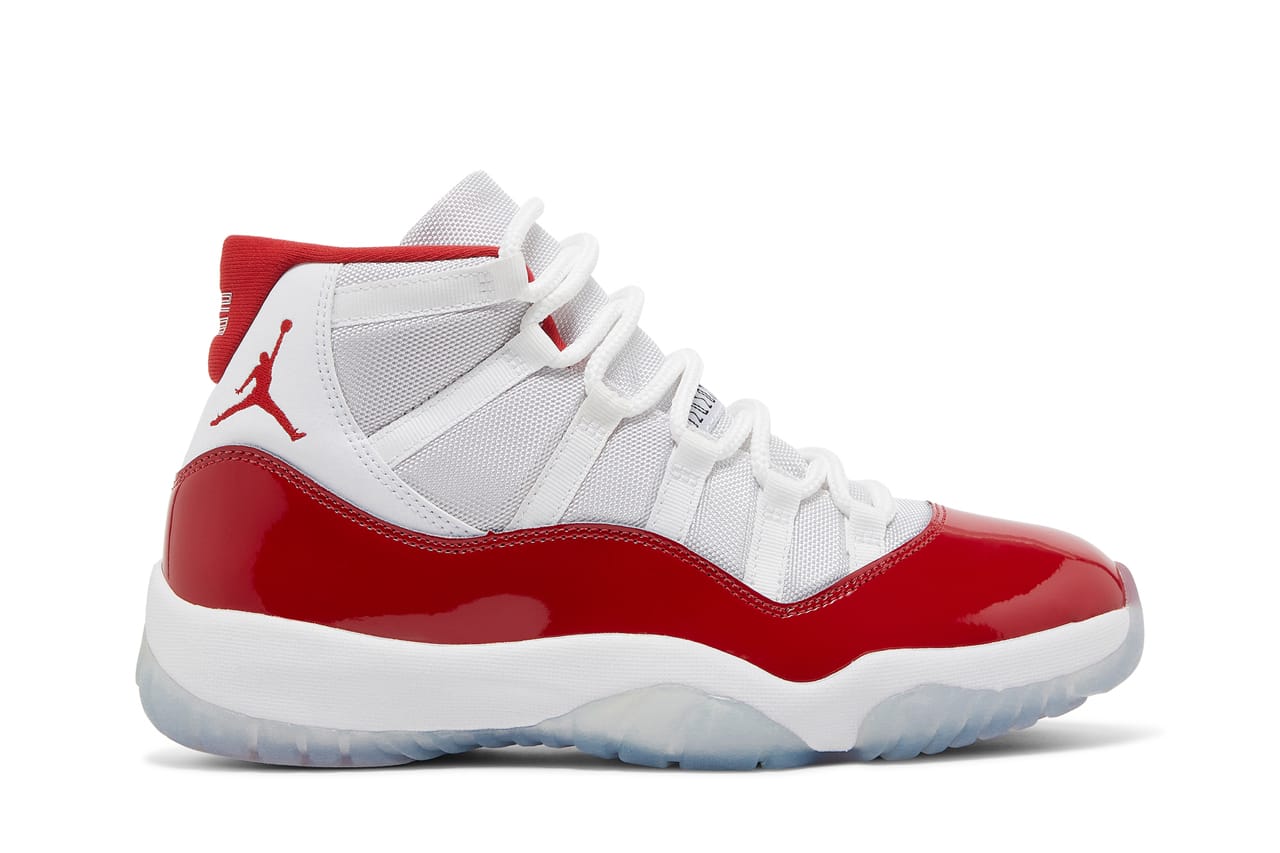 Dropping this week, “Cherry”’s streamlined execution mirrors the 2001 Air Jordan 11 Retro Low “Varsity Red.” True to form, the silhouette is defined by red and white colorblocking, with high-gloss, red patent overlays hugging the mudguard. Pops of red return at the collar and Jumpman motif stamped aside the heel. The red components are broken up by white leather overlays and textural mesh punctuating the medial panel. Tonal red herringbone accents hit the translucent rubber outsole, while Phylon padding and a carbon fiber shank plate comprise the midsole. 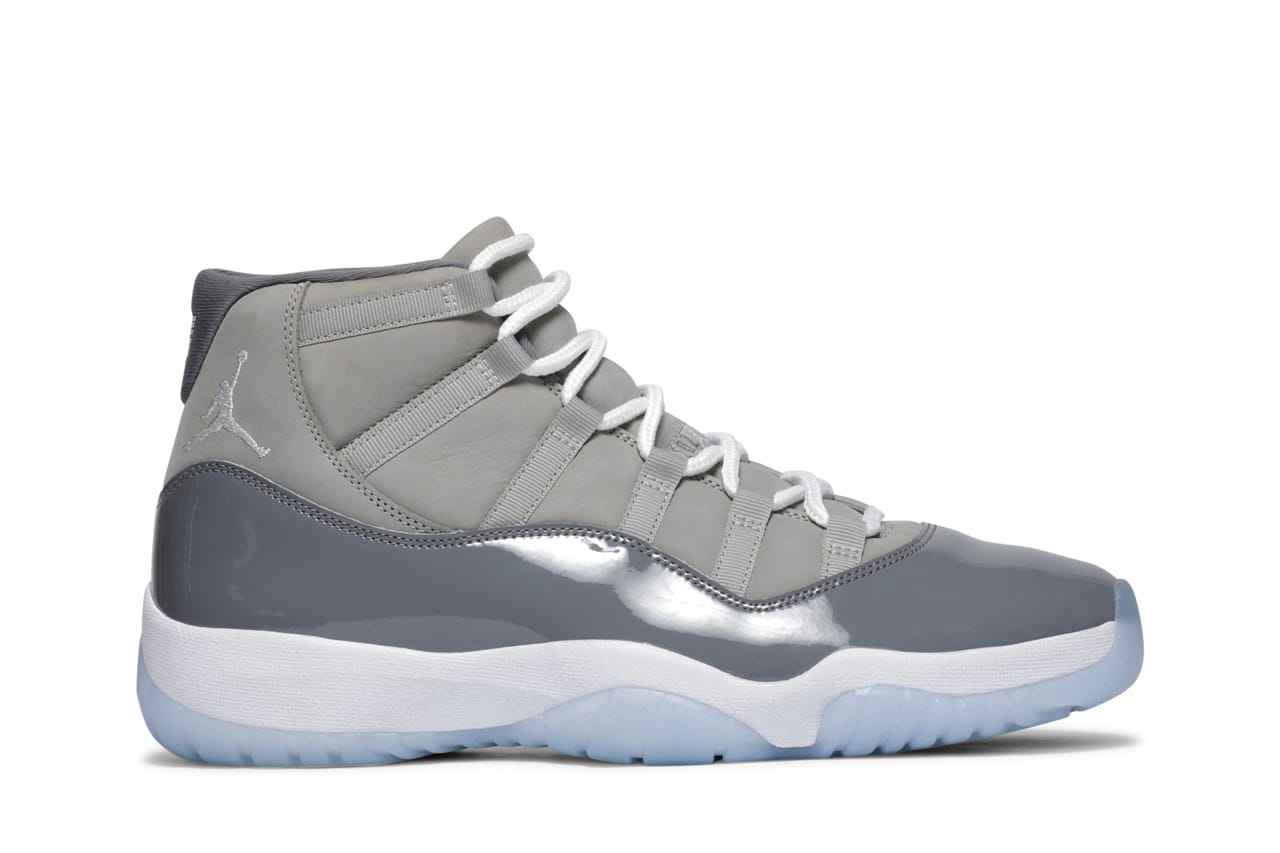 “Cool Grey” was originally released in 2001. The silhouette’s mesh lining is replaced with soft-toned gray nubuck and two-tone webbed laces. Tonal gray patent leather overlays decorate the mudguard. A baby blue translucent rubber outsole complements the model’s muted, gray-scale color story, while an Air unit and Phylon padding equip the midsole. A silver-toned Jumpman insignia is embroidered at the back of the collar. Geometric “23” branding adorns the outer heel. 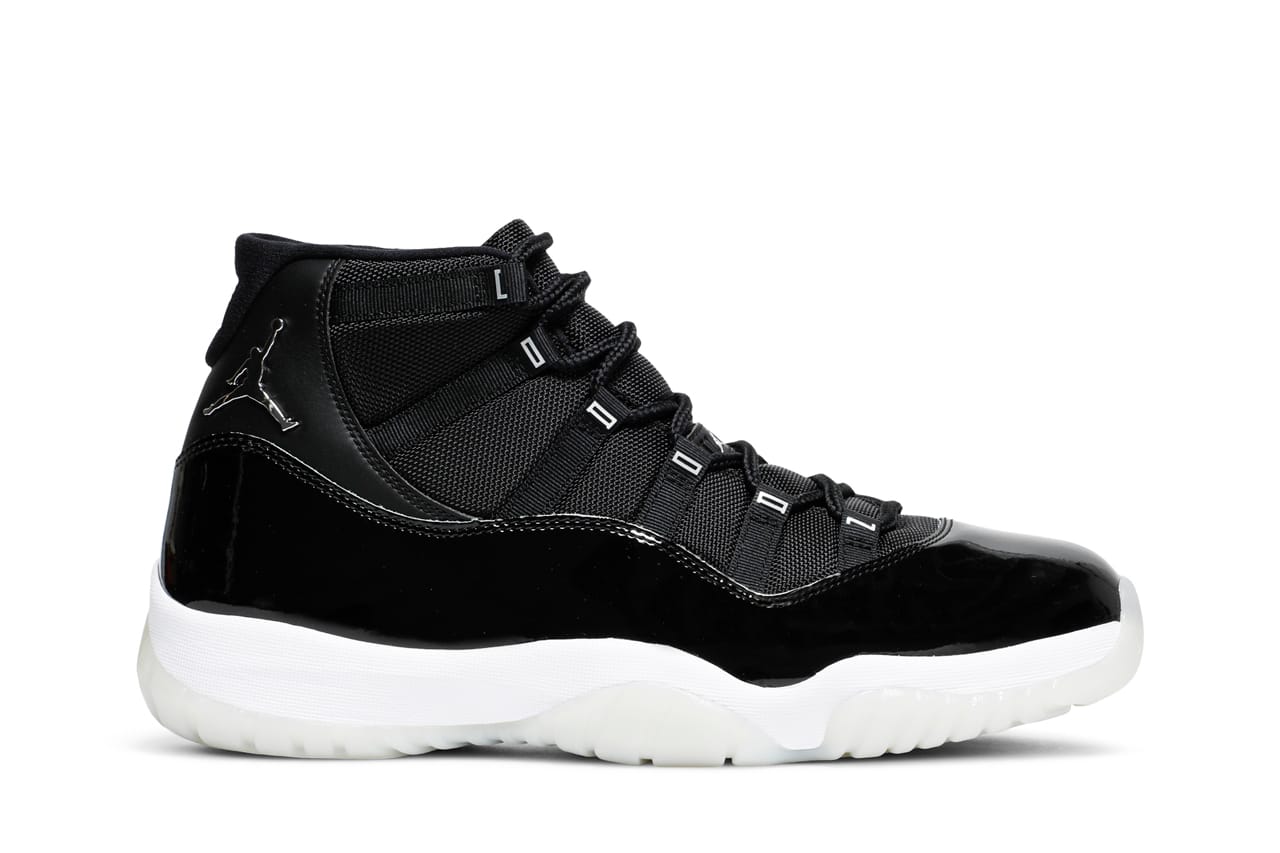 “Jubilee / 25th Anniversary” celebrated the retro’s quarter-century birthday with a blacked-out, monochromatic color story. The uppers are segmented by high-shine patent leather overlays at the mudguard and mesh inserts running along the medial panel. Silver-toned eyelets stand out against the webbed lacing system and mesh paneling, while a metallic Jumpman is embossed at the collar. The tri-tone stacking usually applied to the midsole is replaced with a tone-on-tone construction, including a frosty rubber component and white cushioning at the outsole. 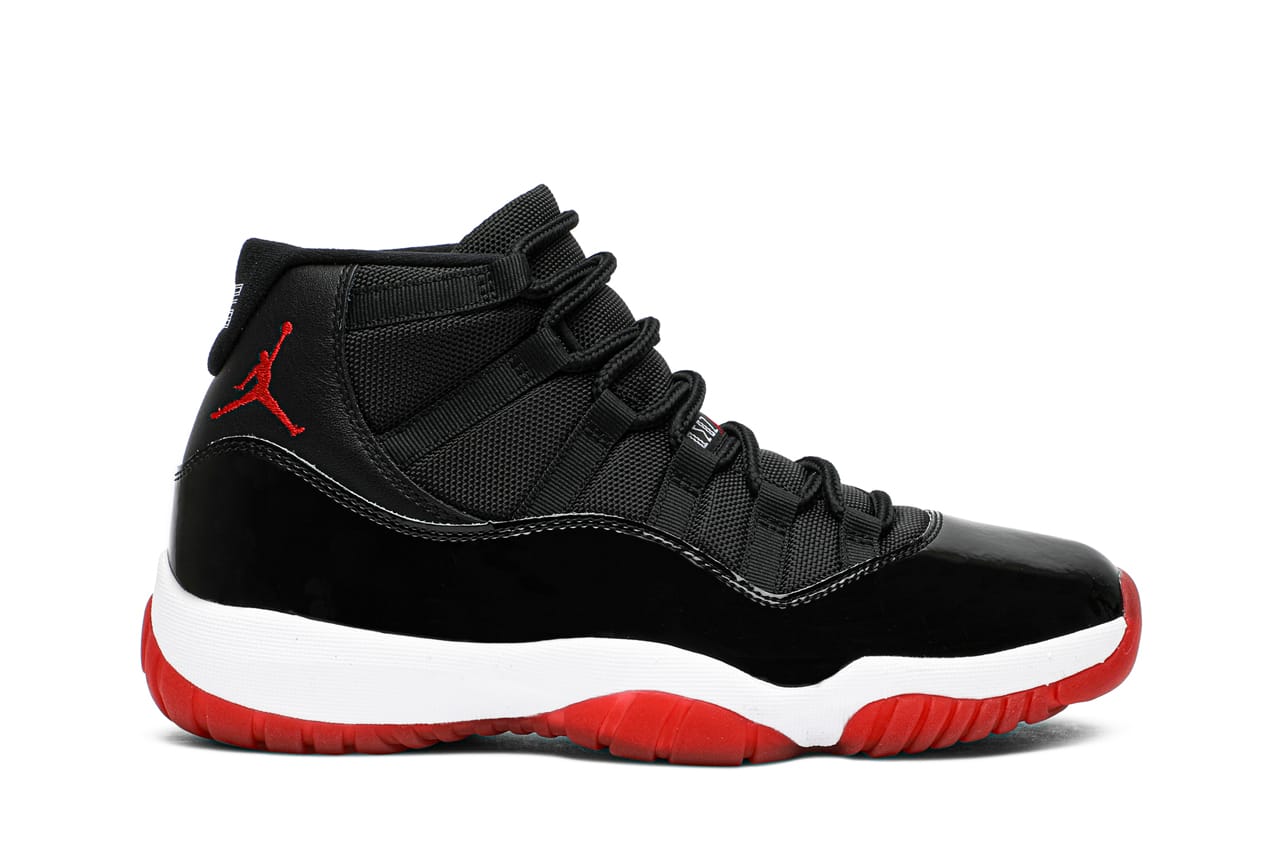 The 2019 version of “Bred” stays true to the Chicago Bulls colors, with OG paneling and hardware inspired by the silhouette’s 1995 debut. Distinct to this “Bred” variant is the “Varsity Red” rubber outsole that pays homage to the original style worn by Michael Jordan. Glossy black patent leather sits atop the padded midsole, while the uppers are clad in nubuck leather and ballistic netting. A red embroidered Jumpman logo and stylized “23” emblem hit the back of the heel. 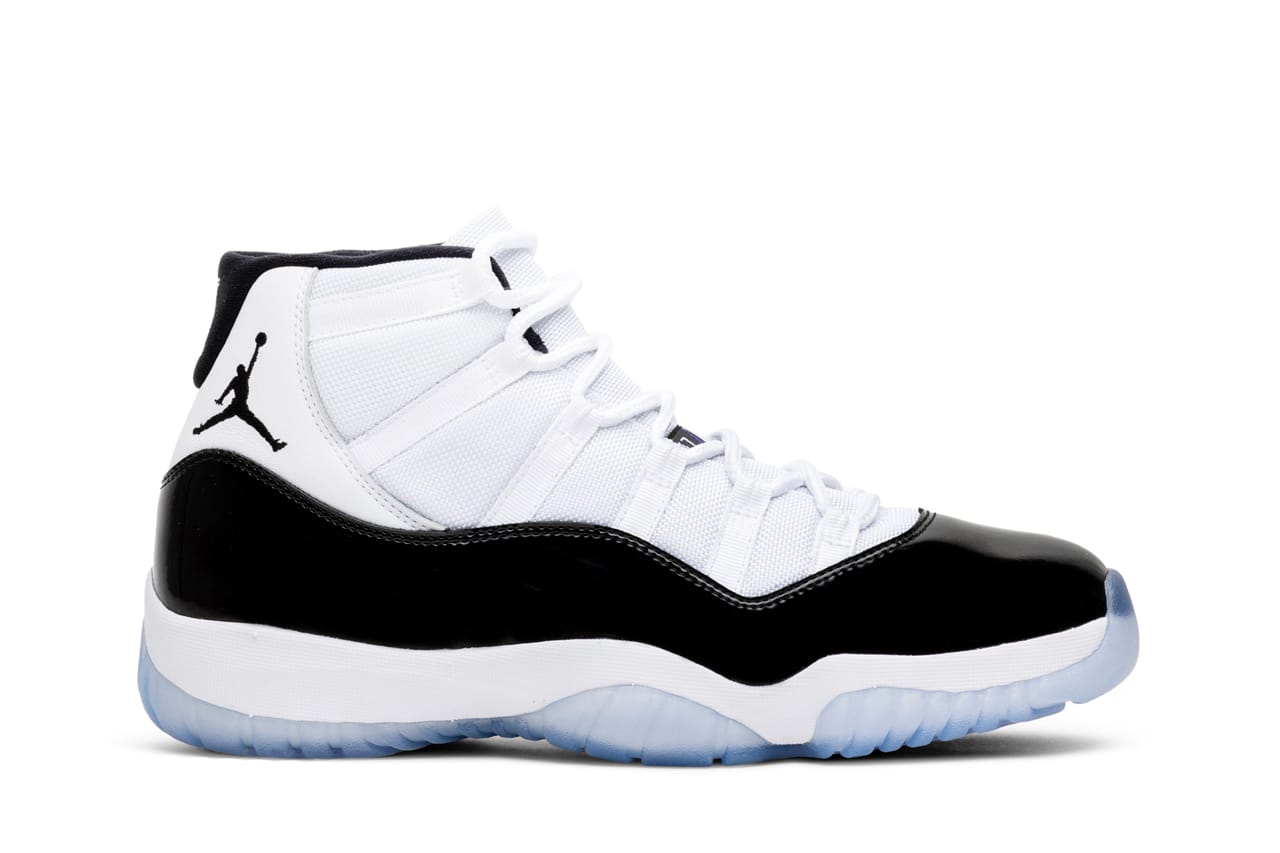 “Concord” swaps its “23” insignia for a stylized “45,” celebrating the jersey number worn by Michael Jordan after taking a brief hiatus from the court. Returning in pristine form, the style dons its original black patent leather mudguard and blinding white upper. To complement the airy composition, smokey gray paneling wraps the outsole. Hits of black, like the Jumpman logo near the back of the collar and the stylized tag positioned underneath the webbed laces, maintain the model’s two-tone colorblocking. 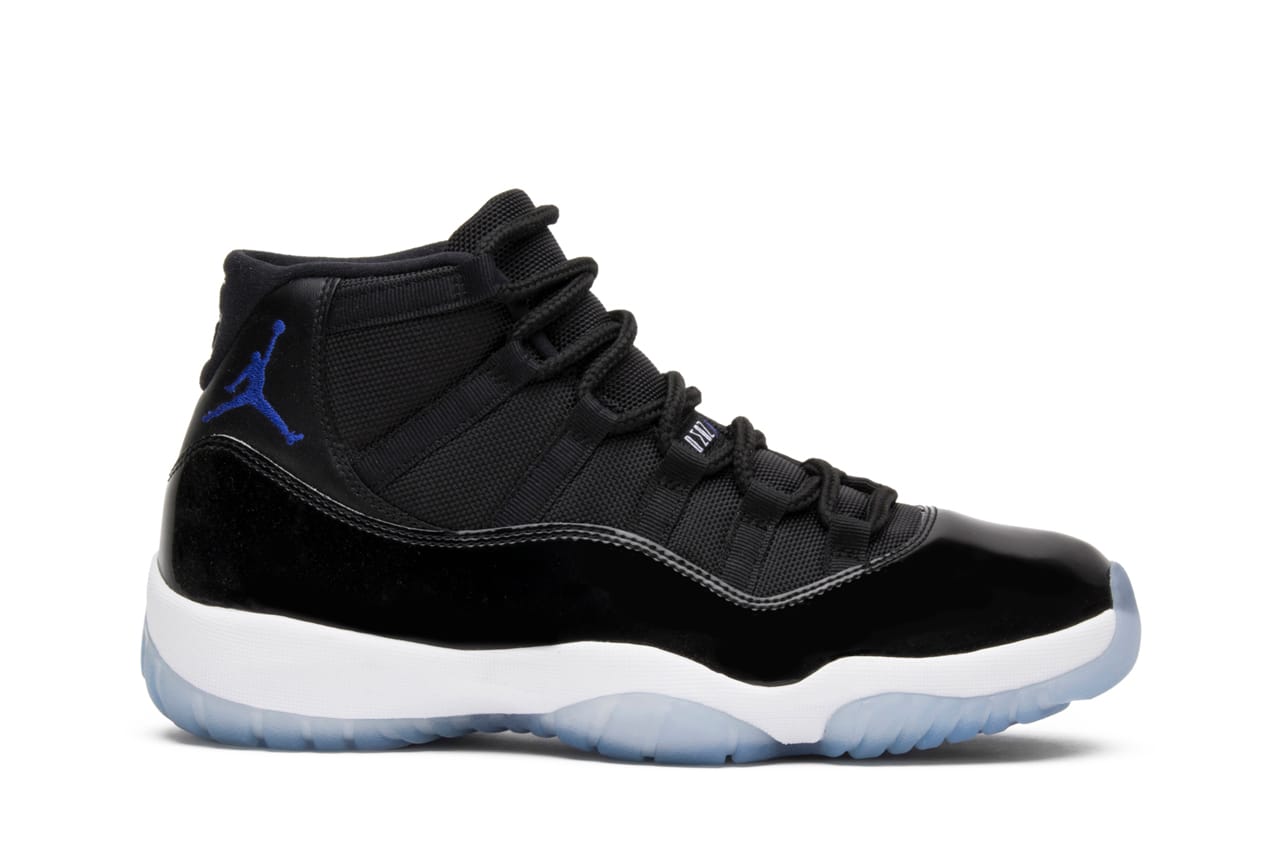 2016’s “Space Jam” released to celebrate the 20th anniversary of the 1996 movie Space Jam. Originally a player exclusive worn by the athlete, the model’s streamlined aesthetic is dominated by stealthy black uppers and a monochromatic webbed lacing system built into the medial panel. The blacked-out components are contrasted by the glossy finish of the patent leather mudguard and chunky outsole consisting of white padding and a translucent rubber outsole. 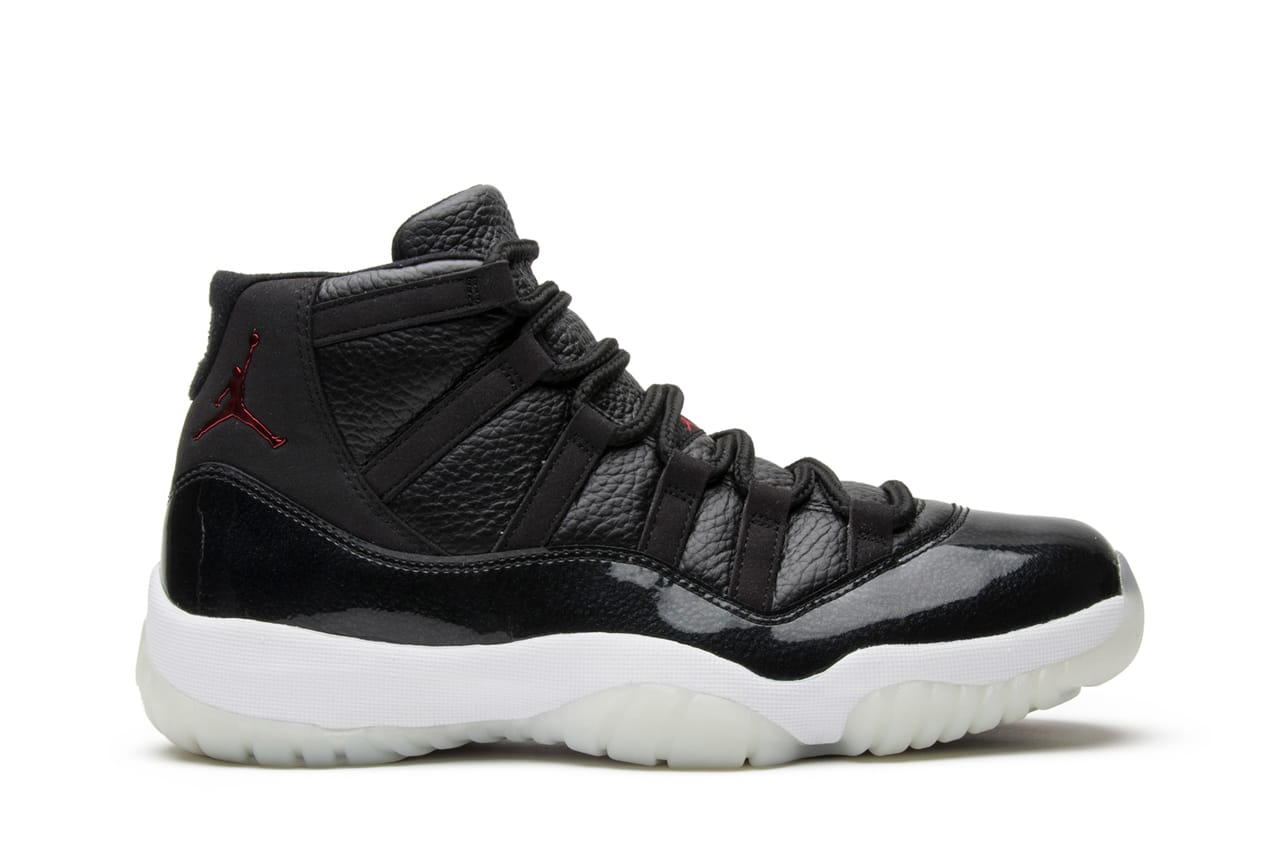 “72-10” is a commemorative model that celebrates Michael Jordan leading the Chicago Bulls to a 72-10 regular-season record. The silhouette features distinctive pebbled leather uppers and suede paneling at the collar, contrasted by sleek patent leather overlays at the mudguard. A cushioned white outsole is fitted atop a translucent rubber outsole. Metallic maroon-tinted Jumpman branding adds a pop of color at the outer heel. 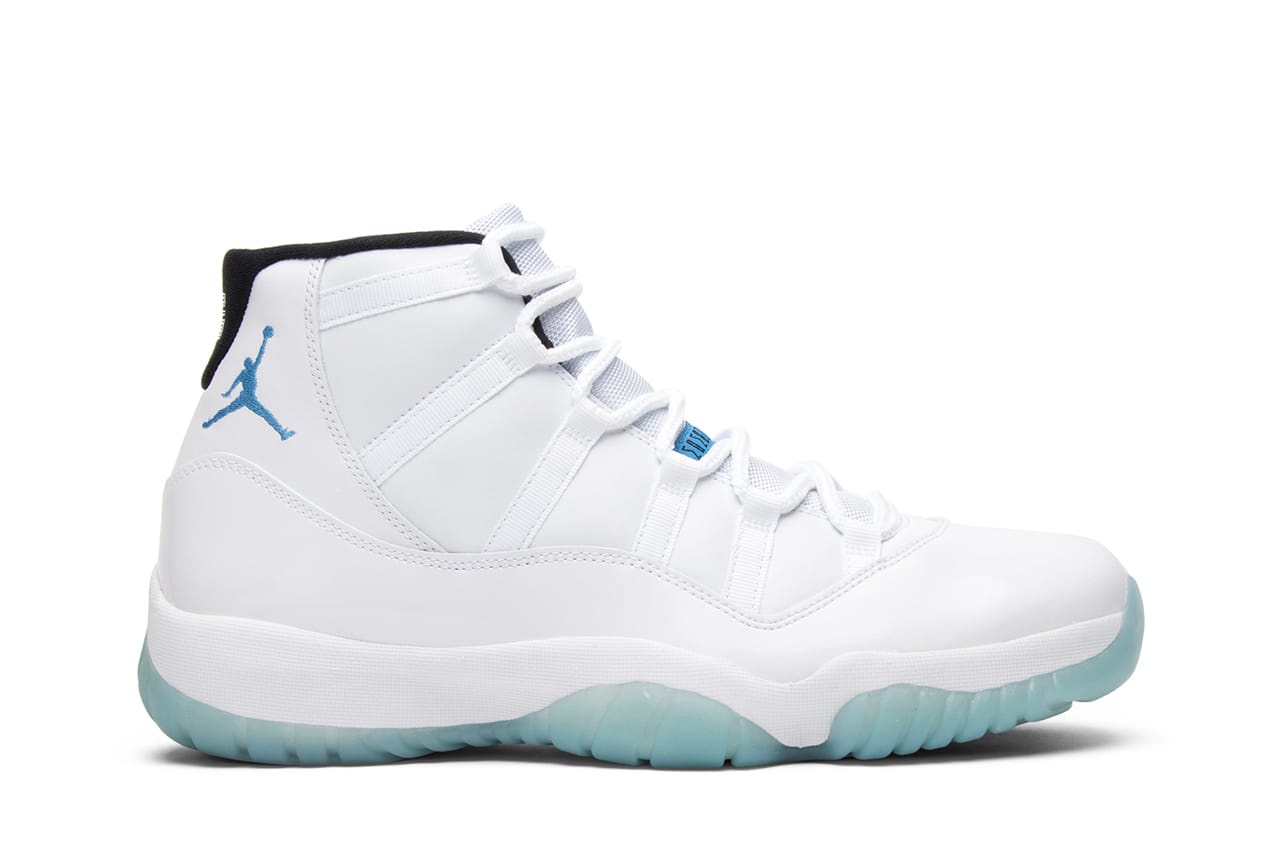 “Legend Blue” is an icy, minimalist take on the retro silhouette. This colorway originally debuted in 1996 when Michael Jordan famously sported the silhouette during the NBA All-Star Game. The uppers are clad in white, smooth-grain leather, which continues at the base with a glossy patent leather mudguard. Powder blue elements disrupt the monochromatic build, seen at the outsole, tongue and embroidered Jumpman insignia stamped on the heel tab. Instead of dominating the entirety of the medial panel, the signature mesh is applied exclusively to the tongue with contrasting black piping at the collar and counter lining. As a finishing touch, a black/blue carbon fiber plate equips the outsole for extra support.
Source: Read Full Article