Royally Out of Touch

Late-night hosts on Tuesday discussed the British royal family’s response to Oprah Winfrey’s interview with Prince Harry and Meghan, Duchess of Sussex, which included allegations of racism that observers say could cause lasting damage to the monarchy.

“Palace sources say the Windsors were blindsided because they thought at worst, the interview would make them look out of touch,” Stephen Colbert said. “Because if there’s one thing a palace surrounded by iron spikes looked like before, it was ‘in touch.’ Now, remember not to make eye contact with the lady whose face is on the coins.”

“Buckingham Palace today released a statement on behalf of the queen that begins, ‘The whole family is saddened’ — saddened is another word for bull [expletive] — ‘to learn the full extent of how challenging the last few years have been for Harry and Meghan.’ Oh, they just found out. ‘The issues raised, particularly that of race, are concerning. While some recollections may vary, they will be addressed privately.’ In other words, Prince Charles is about to get a royal shoe in his [expletive].” — JIMMY KIMMEL

“The statement continues, ‘They are taken very seriously and will be addressed by the family privately.’ Oh, no doubt. I hear Prince Andrew has an island he goes to to address his privates.” — STEPHEN COLBERT

“For those who aren’t fluent in palace speak, they’re basically saying, ‘We’re sorry you feel this way.’” — JIMMY FALLON

“The statement would have sounded more sincere if they didn’t end it with, ‘So, we good?’” — JIMMY FALLON

Hosts also couldn’t resist poking fun at the television anchor Piers Morgan, who resigned from “Good Morning Britain” on Tuesday after being called out on air for frequently speaking ill of Meghan.

“That’s right, Piers is leaving, and he asked to be taken in by Tyler Perry and given full security.” — JIMMY FALLON

“Piers Morgan is such a baby, someone at Buckingham Palace just asked what color he’s gonna be.” — STEPHEN COLBERT

“Speaking of aggressive behavior, at the White House there’s been what has been described as ‘a biting incident’ involving President Biden’s German shepherd, Major, who allegedly sank his teeth into an unnamed individual. Major has been stripped of his rank; he’s dishonorably discharged.” — JIMMY KIMMEL

“Now, before you worry, the dog is fine. He wasn’t sent to a farm upstate in Delaware, because Delaware doesn’t have an upstate. It barely has a state.” — STEPHEN COLBERT

“Apparently Major was jumping, barking and charging at people. You’d think after the last four years, the White House staff would be used to that.” — JIMMY FALLON

“I just want to point out that we’re a month and a half into the Biden administration and the first scandal is literally ‘Dog Bites Man.’” — STEPHEN COLBERT

“They sent him back home to live in Delaware. See, that’s another difference between Biden and Trump: When Biden’s dog misbehaves, they send him home. When Trump’s dog misbehaved, he sent his supporters to storm the Capitol and get him.” — JIMMY KIMMEL

“When Major heard he was going back to Delaware, he was like, ‘No, please! A kennel, the pound, anything — just not Delaware.’” — JIMMY FALLON

“See, under the last administration, that kind of behavior would have made you press secretary.” — SETH MEYERS

“Major was removed from the White House. He was impooched.” — JAMES CORDEN

“Yep, Major and Champ have left the White House, and Sunday night they’re sitting down with Oprah to discuss where it all went wrong.” — JIMMY FALLON

“Conan” compiled all the edited American ads that played during the British airing of the Oprah interview. 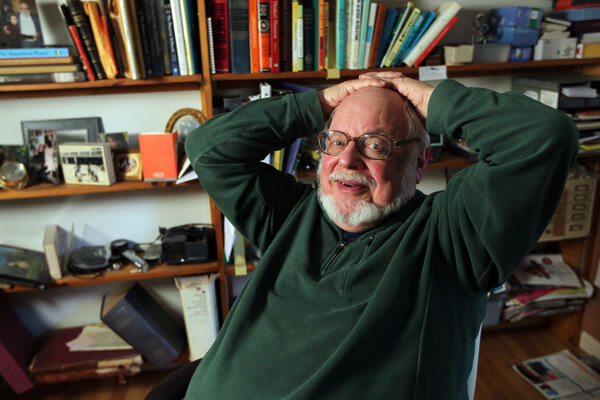