Condal, a showrunner, discussed the challenges of pulling off Season 1 of the first “Game of Thrones” spinoff. “The reward for everybody is that the story from here forward happens in real time,” he said. 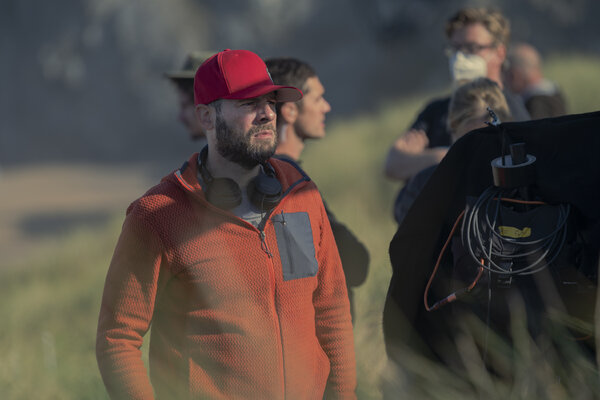 He’s whisked the characters of “House of the Dragon” through a sweeping pseudo-historical narrative, in which entire decades speed by from one episode to the next. Now Ryan Condal, a creator and showrunner of the series, is experiencing a time jump all his own.

“It’s so weird, after spending so long making the show, that the finale is airing already,” Condal said in a phone call from London, just hours before the show’s first season concluded. “It felt like it took years and years just to get that first episode aired. Then, very quickly, everything airs, and that’s it.”

After maintaining that breakneck pace, the gap until Season 2 can feel like an eternity: “We’ll have many more Marvel and ‘Star Wars’ movies between here and there,” Condal said, laughing.

“Dragon” — the prequel to “Game of Thrones,” HBO’s most popular show ever — became a big hit in its own right immediately; it was renewed for another season just days after the show premiered. Condal says he’s ready, despite the departure of the other Season 1 showrunner, Miguel Sapochnik.

“We built a really strong kingdom here in London, he said. “It’s a story about figuring out what worked and what didn’t and finding great people to carry on that legacy, and that’s exactly what we’re going to do.”

In an interview, the garrulous writer reflected on the show’s circuitous route through its source material, the author George R.R. Martin’s faux-historical novel “Fire & Blood,” and on the fiery fandom that has emerged to debate the conduct of the core characters — particularly the childhood friends turned rivals Rhaenyra Targaryen (played by Milly Alcock as a girl and Emma D’Arcy as an adult) and Alicent Hightower (Emily Carey and Olivia Cooke) and the resident bad boy Daemon Targaryen (Matt Smith). These are edited excerpts from the conversation.

“Dragon” has been well reviewed but it is divisive, as this franchise tends to be. Has anything about the reaction surprised you?

I was surprised in a happy way about how quickly everybody embraced it. I really thought it was going to be more of a hill to climb because we were following the Beatles, and how do you do that? You don’t. You just try to do your own thing, and hope it connects with people.

But I was shocked that people came right out the gate and accepted it, generally — this massive fandom, and tens of millions of people watching the show, and writing about it and talking about it.

I’ve spoken with all four actors who’ve played Rhaenyra and Alicent, and they all expressed surprise at the way fans have backed one side of the conflict or the other. Olivia Cooke said that the story is “supposed to be a cautionary tale” about that kind of thinking. Was this factionalism something you anticipated?

Return to Westeros in ‘House of the Dragon’

Olivia said it beautifully. We live in a world where people need to pick sides. Particularly in America — though I’m living in London — we live in this incredibly charged political environment, where every decision that’s made has to have a blue or red flag over it, and there has to be a side taken. That’s slowly what this story becomes.

Because it’s an escapist fantasy that has characters with dragons and swords and magic, I think there’s a real need for the audience to find a side within it, and find black hats and white hats, good guys and bad guys. They’re welcome to, but what you’ll find in watching the show is that the side you’re on is likely going to change as the story evolves.

Part of the challenge of adapting the source material is that you’ve had to fill in gaps and make choices about events and characters that, in the book, are big question marks. Did having to settle these issues onscreen make you nervous?

Yeah. You’re adapting a beloved work from a beloved author, and there’s always going to be complexities within that.

The fun of adapting “Fire & Blood,” versus what I’m sure David [Benioff] and Dan [Weiss] struggled with in adapting “A Song of Ice and Fire” [for “Game of Thrones”], is that there isn’t as much detail and information there. In fact, there’s giant swaths of it where George has left things out to leave it up to the imagination of the reader, or, as a fan of history, to illustrate how difficult history really is to put back together after the fact.

The way history is written is inherently biased. This particular history is written by men, about a war they see as being stoked by two women, from one particular side of the argument. A huge amount of bias is implied. So what we’re tasked with is basically taking a stance. We are showing a path of objective truth through this unreliable narrative, this “fake history” — George’s words, not mine — that he wrote. I think it’s going to bring a lot of pitchforks and torches out for me from certain segments of the fandom, but we have to make choices as storytellers about what happened and why. That is dramatic writing.

It’s not always going to be clean, and the characters aren’t always going to fall into these neat archetypes. They’re going to do things that confound and confuse, and seem messy, or angry, or human, or weak, or disloyal. That’s the nature of real people.

That seems to be the case most specifically with Prince Daemon. Much of the fandom wants to see him, as you put it, wearing a white hat or a black hat, to the point that many of them criticized Sara Hess, a writer and executive producer on the show, for her less-than-glowing assessment of Daemon. Did you see this coming?

I’m having trouble understanding it. We established right out of the gate, in the pilot, that Daemon is a fascinating guy, but he’s not Ned Stark. So I didn’t see it coming.

To me, Daemon is the antihero of this story. He’s a character with a real darkness to him, who’s dangerous and charming in equal parts. I knew people would be fascinated by him and latch onto him, but I figured they’d do it in the way they did with Jaime Lannister or Bronn or the Red Viper. I did not think they would oddly apply this sort of super-fandom to him and try to justify every single thing he’s done as being intrinsically heroic. It simply isn’t. It’s not the case. Nor will it be in the future.

Nobody in the show writes in a vacuum. I’m the lead writer; I oversee everything that happens on the show; every choice comes through me. If it’s on the screen, it’s because I either wrote it or approved it being written. Sara Hess and I wrote 85 percent of Season 1 together. We did not set out to write villains and heroes in this. We set out to write interesting humans and complex characters who are hopefully compelling, but compelling doesn’t always mean heroic or unimpeachable.

I see Daemon as having heroic aspects to him, and I understand why people would. I mean, he’s incredibly charismatic, he’s handsome, he looks great in that wig, he rides a dragon, he has a cool sword. I totally get it. But if you’re looking for Han Solo, who’s always going to do the right thing in the end, you’re in the wrong franchise, folks.

The key decision the show made in fleshing out the source material was to root the conflict in this thwarted teenage friendship and love between Rhaenyra and Alicent.

At its most basic, this story is about these two young women — who are really girls; they’re 14 when we meet them — who are forced into this political game of thrones, in the most literal sense, by their fathers. Somewhat knowingly, somewhat unknowingly, on both sides: I don’t think Otto Hightower saw the worst civil war that Westeros has ever seen coming when he suggested his daughter go visit the king, and Viserys is too blinded by grief to know what he was getting into when he agreed to marry his Hand’s daughter, and his own daughter’s closest friend. But it’s the story of the political pressures begun in the pilot by Otto and Viserys, visited upon their daughters at a time when they were far too young to have agency or consent in these situations.

Decades down the road, when those seeds are allowed to grow and bloom and Alicent has a son who becomes Rhaenyra’s chief rival, what’s going to happen then? Is the whole realm just going to say, “Oh, well, we picked the girl, it should be [Rhaenyra]?” No. This is a patriarchy. This is a place that values male strength and primogeniture. So it’s a problem.

It all goes back to Alicent and Rhaenyra and their fathers. The daughters grew up into adults who’ve been manipulated and poisoned by their fathers, in a world where they’re taught, as we talked earlier, about picking sides. They go on to perpetuate this division that began in the pilot. It’s all about them, and will continue to be.

To tell this story, you relied on time jumps and recasting certain key roles, Alicent and Rhaenyra most notably. How do you feel that went, and will we see more such moves in the future? It seems like a big risk to take.

Yeah, and this is a credit to my partners at HBO being brave enough to say, “That’s the way we’re going to tell this story.” There really is no way to tell the story of a generational conflict without spending time with each generation and understanding what happened to make things go bad.

But it was very risky. As complex as the original “Game of Thrones” was, they did not do anything like this, so it was a bold choice. But we were standing on the shoulders of a giant that had done a lot of the legwork before us, which allowed us to make that bold choice, knowing we had an audience that was going to lean forward and do the hard work of paying attention to the show. They weren’t just signing up for empty-calories, popcorn entertainment.

I’m really glad and proud of and grateful for the audience, who buckled up and came along for the ride. The reward for everybody is that the story from here forward happens in real time.