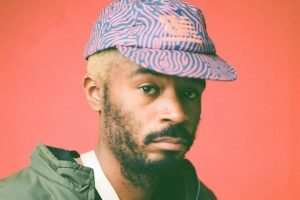 Salehe Bembury has swiftly become a household name in the realm of streetwear and sneaker collaborations, and after pushing out another assemblage of 574s with New Balance he’s ready to revisit his partnership with Crocs. The talented designer and Broomfield-based footwear company officially kick-started their launches back in December 2021 with the public release of its “Cucumber” and “Mnemsha” makeups, and now the two parties are getting ready to bless the market with a trio of new iterations.

Bembury took to social media to preview the forthcoming installments via creative videos, and based on the footage it appears that this launch will include the “Crocodile,” “Spackle” and “Urchin” options that he’s been teasing for a few months now. Each pair is molded to mimic the look of his signature fingerprint-inspired pattern throughout the entire base and comes branded with “Crocs” and “Salehe Bembury” branding on the rear end. While official info has yet to be released, it’s likely that each pair will also come with interchangeable straps.

Check out the post here below, and expect more information surrounding its release to surface in the coming weeks.