Sam Taylor-Johnson to Direct Amy Winehouse Biopic 'Back to Black' 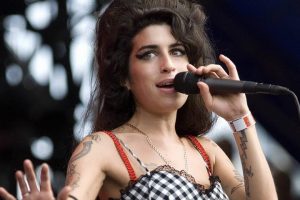 Sam Taylor-Johnson is set to direct the upcoming Amy Winehouse biopic, Back to Black.

Named after Winehouse’s GRAMMY-winning sophomore and final album, the biopic is reportedly a “passion project” for the director who was close friends with the late artist. Back to Black is written by Taylor-Johnson’s Nowhere Boy collaborator Matt Greenhalgh, who also penned the Ian Curtis-centered biopic Control, while Studiocanal will serve as producers alongside Alison Owen, Debra Hayward and Tracey Seaward.

Variety adds that casting for the film has begun, with Taylor-Johnson seeking “a relative newcomer for the part of Winehouse.”

It remains unclear whether Back to Black is the same biopic announced in late September, which was supposedly meant to follow Daphne Barak’s 2010 book, Saving Amy.

Stay tuned for an official trailer and release date for Back to Black.