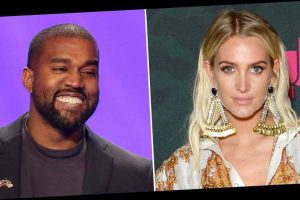 With live TV, unexpected twists are bound to happen! Saturday Night Live has weathered more than one scandal in its decades-long run, thanks to its format and its entire premise as a sketch comedy show.

The NBC series premiered in October 1975 and has become a central source for those who hope to get a laugh out of current events. However, Saturday Night Live has also found itself as the butt of the joke throughout the years due to musical guest snafus, headline-making host choices and more.

Ashlee Simpson, for one, made her mark in October 2004 when she flubbed her appearance as musical guest. While on stage for her second song of the night, “Autobiography,” a vocal track for “Pieces of Me,” which she had already performed, began playing. She walked off the stage after dancing briefly. Viewers were outraged that she planned to lip-sync.

“It’s definitely not difficult to talk about. … That was a very long time ago,” Simpson told E! News in August 2018 when asked about the infamous incident. “It’s something that happened to me, and things in life happen to you and they make you stronger and they make you a better performer, a better person. I think things like that build your character and your strength and it’s how you handle them.”

The moment, while awkward, did not ruin the Ashlee Simpson Show alum’s chances of being invited back. She returned as a musical guest the following year.

The same cannot be said for other stars who sparked backlash on the show. Martin Lawrence is among those who have been banned from appearing after delivering a highly controversial monologue when he hosted in February 1994.

“I don’t give a damn,” the comedian said during a 2020 appearance on The Breakfast Club. “I’m not banned from SNL. They banned me from NBC at the time for a minute. But then they realized the way it went down wasn’t what they thought and then they sent me an apology letter.”

Scroll through the gallery below to revisit the biggest Saturday Night Live controversies of all time.

END_OF_DOCUMENT_TOKEN_TO_BE_REPLACED

END_OF_DOCUMENT_TOKEN_TO_BE_REPLACED
We and our partners use cookies on this site to improve our service, perform analytics, personalize advertising, measure advertising performance, and remember website preferences.Ok