Scarlett Johansson To Produce 'Tower of Terror' Film for Disney 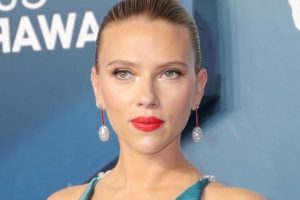 Two-time Oscar nominee Scarlett Johansson, who has Disney and Marvel‘s Black Widow premiering in two weeks, is set to produce a new film based on the Disney Parks attraction The Twilight Zone Tower of Terror, according to Collider.

Toy Story 4 director Josh Cooley is currently writing the script, though plot details have not yet been revealed. It is unclear whether the actress will act in the film; however, she will produce through her company These Pictures in partnership with Jonathan Lia. The project does not have an official director attached yet, but Collider‘s sources confirmed that Disney will “aim high” following Johansson’s dual Oscar nominations for her work in Marriage Story and Jojo Rabbit and her upcoming Black Widow role.

The Twilight Zone Tower of Terror first opened at Disney’s Hollywood Studios in Floria in 1994, before several other iterations opened at Disney California Adventure in Anaheim, France’s Walt Disney Studios Park and Tokyo DisneySea. Host Rod Serling narrates the ride as guests weave through a fictional Hollywood Tower Hotel before boarding an elevator known for its terrifying drops.

In 1997, Tower of Terror was made into a movie starring Steve Guttenberg, who played a reporter investigating the disappearance of multiple guests in a 1930s hotel, with Kirsten Dunst acting as his niece.