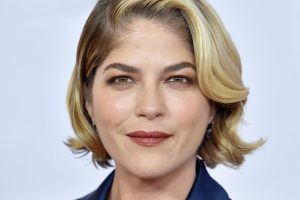 “I was told to make plans for dying,” reveals Selma Blair in the moving first trailer for Introducing, Selma Blair.

Selma Blair went public with her multiple sclerosis diagnosis in October 2018 and, since then, she has been incredibly candid about the realities of living with MS.

She has walked with a cane at the 2019 Oscars, significantly raising awareness of the condition. She’s posted a series of lighthearted videos to Instagram, in which she explained how MS has affected the way she applies make-up (“my fine motor skills aren’t, like, fine at this moment,” she joked during her tutorial). And she cut her hair into a pixie cut because she no longer has the strength to lift her arms and brush her hair.

Now, the actor is opening up the discussion around MS even further via a powerful new documentary.

Here’s what you need to know, then, about Introducing, Selma Blair.

What is Introducing, Selma Blair all about?

The upcoming documentary film, which will be released in both cinemas and via streaming platforms, has been described as “a deeply intimate and powerful feature of Selma Blair in her journey of personal acceptance and resilience through her fight with multiple sclerosis.”

Is there a trailer for Introducing, Selma Blair?

In the trailer for the documentary, Blair is shown reckoning with the next chapter of her life after being diagnosed with MS. She walks unsteadily without a cane, struggles to play with her young son, is exhausted easily, and oftens feels as if she doesn’t have enough air to say the words, “I can’t breathe.”

“I was told to make plans for dying. Not because I have MS, but because I’m fighting MS,” she says at one point.

You can watch the Introducing, Selma Blair trailer for yourself below:

“I am beyond pleased and proud to have discovery+ be the home for my film ‘debut’ and for believing in the power of storytelling as a way to connect us all,” Blair has said of the documentary.

“I may be the subject of this film but my hope is that everyone sees themselves in it and finds some strength and joy they may not have known they had.”

Who is directing Introducing, Selma Blair?

“My connection with Selma was instantaneous. From our very first FaceTime together, I immediately understood who she was – disarming, charming, raw, real, and true,” Fleit says.

“From the onset, I wanted to tell this story about a different way of being in the world. I am humbled and honoured that Selma trusted me to tell her story.”

What are people saying about Introducing, Selma Blair?

The documentary originally premiered at SXSW 2021, where the film won the Special Jury Award for Exceptional Intimacy in Storytelling in the Documentary Feature competition.

And the reactions to the trailer have been overwhelmingly positive, too, with many of the MS community stepping forward to thank Blair for her honesty.

“This preview of this documentary is hard to watch especially if you suffer from MS. She is resilient and a(n) inspiration for everyone suffering from this horrible disease,” reads one such comment.

Another notes: “My wife is battling MS and @SelmaBlair has been an inspiration to her.”

Selma Blair went to the Vanity Fair Oscars 2019 after-party with a cane.

And one more says: “It’s not easy to show yourself to other people, but this is amazing, thank you for showing yourself Selma. And for all those other people fighting MS, all my love and prayers for you.”

When can we watch Introducing, Selma Blair?

Introducing, Selma Blair will open in US cinemas on 15 October before launching on Discovery+ on 21 October.

We will update you just as soon as we have a confirmed UK premiere date.