Serendix Can 3D-Print a House In Less Than 24 Hours 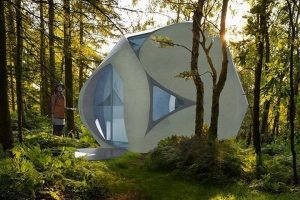 Serendix Partners has now managed to 3D-print a house in under 24 hours.

The Japanese company had previously won NASA‘s 3D-Printed Habitat Challenge back in 2015 and unveiled its first prototype for a fully 3D-printed pod-like home last year. Now, a year on, it has managed to turn the concept into a reality, constructing the entire home in just one day. Taking place at the factory of Hyakunen Jutaku, Serendix teamed up with both its domestic and overseas partners to 3D-print a 20-metric ton reinforced concrete frame for the habitat in a mere three hours. From there, the entire construction process spanned 23 hours and 12 minutes and even meets the Japanese earthquake and European insulation standards as well.

Will such a quick turnover time, the company is able to keep costs relatively low, and the price tag for the 10-square meter Sphere home will be set initially at roughly $26,090 USD. With more automation and streamlining in the future, Serendix hopes to reduce the construction time even further, hopefully lowering the price as well. Sales are now planned to be through the firm’s various partners, which will use them as camping cabins, vacation homes and even disaster relocation shelters.