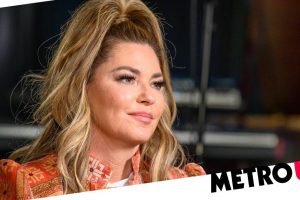 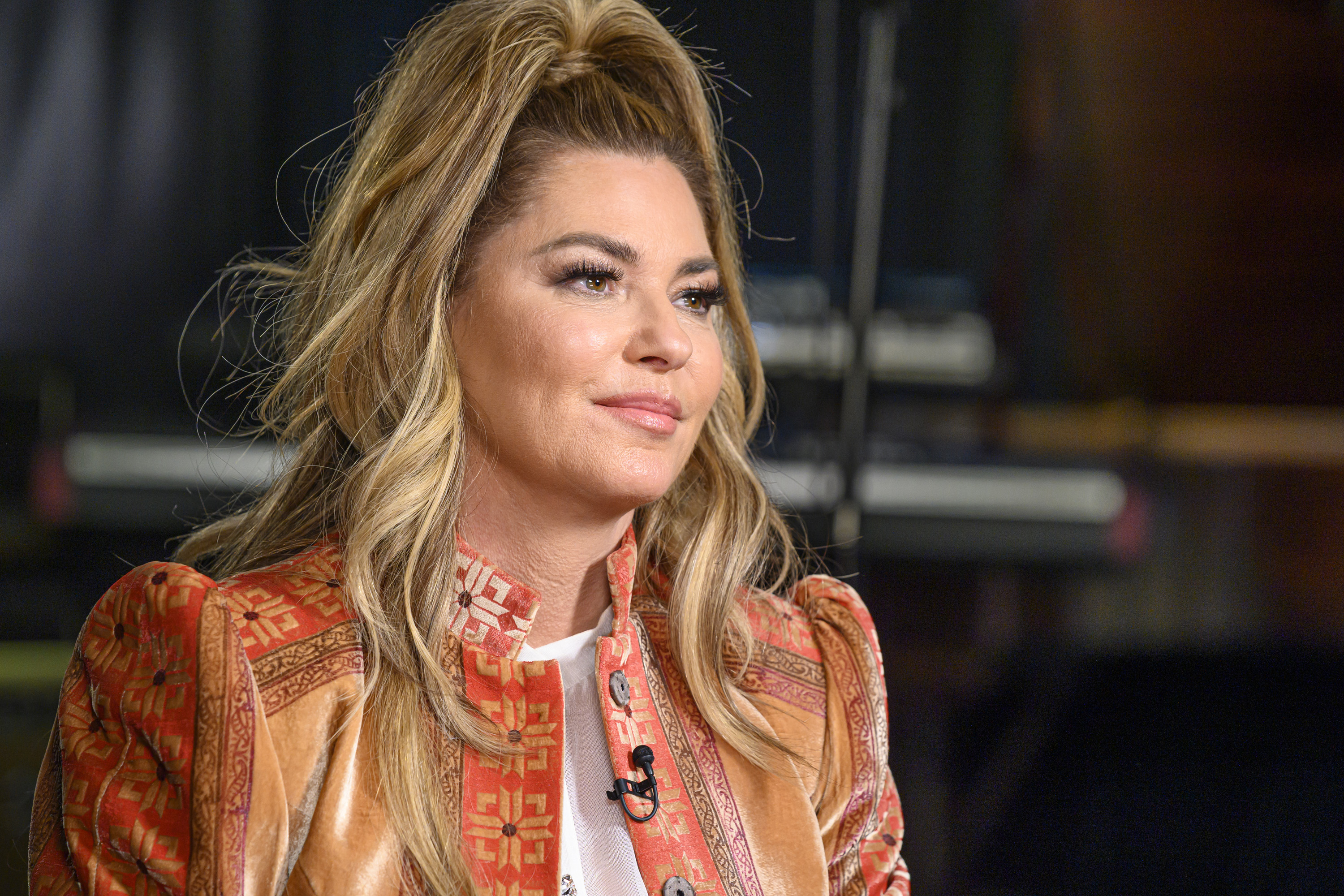 Shania Twain has bravely opened up about her traumatic childhood, saying she would try to flatten her breasts to avoid sexual abuse from her stepfather.

The country icon, now 57, grew up in Ontario and lived with her four siblings, her mother Sharon, and stepdad Jerry Twain, who adopted the children.

She has previously opened up about the abuse she suffered at the hands of her stepfather, and has now revealed the extreme lengths she would go to in order to go unnoticed in the house, and attempt to avoid the abuse.

Shania said: ‘I hid myself and I would flatten my boobs. I would wear bras that were too small for me, and I’d wear two, play it down until there was nothing girl about me. Make it easier to go unnoticed.

‘Because, oh my gosh, it was terrible — you didn’t want to be a girl in my house.’

Shania, whose parents both died in a car crash when she was 21, added that, even when she left home, she said she was ‘ashamed’ of being a girl.

She added to The Sunday Times: ‘But then you go into society and you’re a girl and you’re getting the normal other unpleasant stuff too, and that reinforces it. So then you think, “Oh, I guess it’s just sh***y to be a girl. Oh, it’s so sh***y to have boobs.” I was ashamed of being a girl.’

The singer previously opened up about the abuse in her household in 2018. She said didn’t want to speak up at the time as the truth would have broken her family apart.

Speaking about the abuse, which she said started when she was just 10 years old, she confessed she ‘felt sorry for herself’ over what happened.

Discussing why she didn’t report Jerry, Shania said: ‘I weighed it up and thought, “If I go to Children’s Aid, we’ll all get separated,” and I just couldn’t bear that, so we all stayed together for better or for worse.’

Shania first opened up about the abuse she suffered in 2011, writing about her ordeal in her memoir, From This Moment On.

While she doesn’t like going into detail about her ordeal, she explained she learned to get through it by ‘blocking it out’.

The Still The One singer is now hoping to show other victims they can ‘survive’ it.

Shania also recently opened up about feeling much more confident in her skin now than when she was younger.

She said of a recent photo shoot, which showed her posing nude and slathered in mud: ‘I didn’t do it when I was younger so I’m going to do it now. I’m going to feel and show that I feel comfortable in my own skin.

‘Queen of Me is all about being the boss of myself. And taking responsibility for what I put out there, what I project. And my truth, as I get older, which I wish I had this truth when I was younger, is just to feel more – less apologetic for how I am, how I look, less affected by other people’s criticism.’

Speaking on the TalkShopLive podcast, the That Don’t Impress Me Much singer explained how she refused to wear bikinis when she was younger due to feeling insecure about her body.

‘So I’m saying well, the heck with that. I didn’t do it when I was younger so I’m going to do it now,’ she said looking back in hindsight.

‘I’m going to feel and show that I feel comfortable in my own skin. So what I did was, I did a photo session naked with just mud.’

Who to call if you need help

For emotional support you can call the National Domestic Violence Hotline, run by Refuge and Women’s Aid, on 0808 2000 247.