Home » Entertainment » She Learned From Katherine Dunham. At 93, She’s Teaching Her Technique.

She Learned From Katherine Dunham. At 93, She’s Teaching Her Technique.

ZURICH — Othella Dallas lay on the hardwood floor of the Sportanlage Sonnenberg, her legs midair, toes pointed and back slightly arched. The percussive jabbing of a djembe reverberated throughout the large space, its counts growing in intensity as Ms. Dallas, 93, held her position with visible ease. Rows of dancers, sweat-drenched in their leggings and joggers, circled her, attempting to mirror what she called a “standard warm-up.”

“Lay on your side if you need it,” she told the group. “People get nervous because Dunham is strong. She wants that body. Deliver that body. Give me that body.”

Dunham is Katherine Dunham, who has been called the matriarch and queen mother of black dance, and Ms. Dallas, dressed in a glittery sleeveless turtleneck, was teaching a master class in Dunham technique. With its subtly sensual pelvic contractions, second position jumps and torso isolations, the technique was foundational to modern dance and brought a codified translation of black self-expression to the international stage. Ms. Dallas is one of the few founding members of the Katherine Dunham Dance Company still alive — and the only one still teaching, primarily through a dance school she opened in Basel in 1975. She also travels occasionally to share her skills; she will be in London this weekend for her second workshop of the year.

Her class in Zurich drew a mix of dancers from across Switzerland — from college students to grandmothers, all relishing the opportunity to learn from a woman who learned from Dunham.

“I feel like Jesus — because some of my students have followed me here,” Ms. Dallas told the packed room. “Isn’t that wonderful?” She lifted herself from the floor to adjust a few off-kilter legs and arms, with the delicacy and skill of a musician fine-tuning an instrument. “They don’t need to, but they do it.”

For decades, Ms. Dallas’s approach to teaching Dunham technique has mixed rigor and shouting with compassion and humor. Over the years, she has helped a wide range of professionals — from Alvin Ailey dancers to French ballerinas — push their expressive boundaries, and she has taught novices to tap into Dunham’s rhythm. 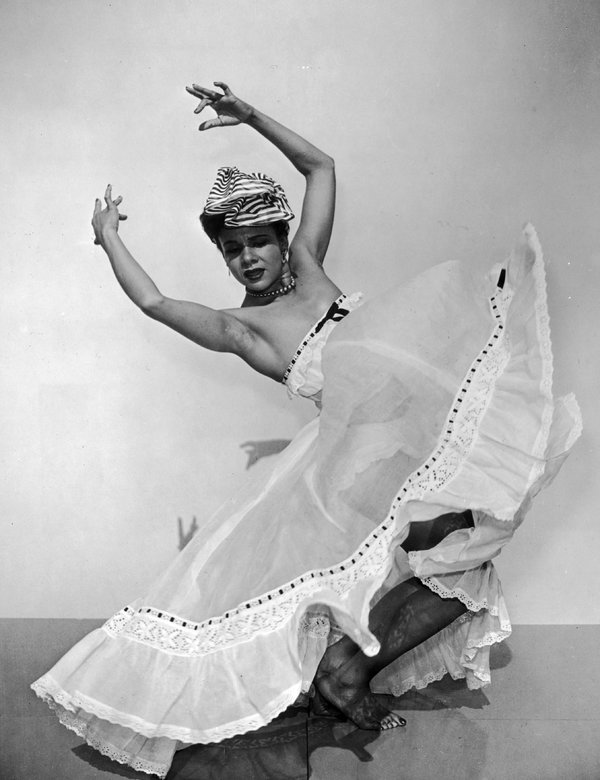 That rhythm is at the root of Dunham technique, an innovative expression of African diasporic movement that Dunham (1909-2006) introduced in the 1930s through her extensive ethnographic research in the Caribbean. She took those movements to the stage with the Katherine Dunham Company, which for 30 years was one of the few self-sustaining black dance troupes in the United States. The company also cultivated young black talent.

One of those talents was Ms. Dallas, who was born in 1925 in Memphis and got her start tap dancing on tables in nightclubs on Beale Street. In an interview at her home in Basel, days before her master class, she recalled being surrounded by music from an early age. Her grandmother owned a music school that brought together some of the era’s most popular performers, including the composer and musician W.C. Handy, who occasionally babysat for Ms. Dallas.

At 9, she developed what she described as “chicken feet,” a form of rickets. Doctors recommended bone reconfiguration in both legs. Her grandmother, though, took her to a voodoo priest, who advised dipping her legs in dirty dishwater, massaging them down and chanting what Ms. Dallas called “a special mumbo jumbo.” Within a year, she was dancing again, enrolled in a ballet school, with help from her aunt, who scrubbed floors so she could attend.

As a teenager, Ms. Dallas was invited by Dunham to take classes at the newly opened Katherine Dunham School of Dance and Theater in New York City. A teacher lent her the money to get to New York, and someone gave her a dress. “I packed whatever rags I got,” she said.

At the Dunham School, she studied the technique’s highly distinctive movements and watched Dunham as she forged a place for her black dancers in front of mainstream audiences. “My attitude,” Ms. Dallas said, was “to bleed her, to get everything that I ever wanted to learn in my life about dance.”

Ms. Dallas performed on Broadway in the revue “Bal Nègre” (1946) and then went on an international tour. On that tour, she left the company to marry a Swiss engineer. She opened the Othella Strozier School of Dance in Zurich in 1949 and trained Switzerland’s elite: opera singers, cabaret performers and dancers wanting to improve their technique. She eventually took the school to Paris.

The international success of the Dunham Company gave performers like Ms. Dallas a platform to establish careers. Susan Manning, author of “Modern Dance, Negro Dance: Race in Motion,” said former Dunham Company dancers were at one time teaching the technique in France, England and Sweden.

“That was pretty common that dancers, at a certain point, for whatever reason, kind of decided to stay in one place,” she said. Some, like Ms. Dallas, found love and opportunity in a climate that embraced black American performers and admired Dunham’s work. “Now, there was a local audience for that technique — you know, people who wanted to study that,” Ms. Manning said.

Today, Ms. Dallas’s school, in Basel, is the only known institution in Europe that teaches pure Dunham technique. Malou Meyenhofer, a Swiss choreographer and performer who organized Ms. Dallas’s recent master class in Zurich, attributed this to a shift in the past decade in Europe to contemporary, urban or jazz dance. The feeling about Dunham technique, she said, is: “This is old. We had that. It’s over.”

In the United States, Dunham technique is more accessible, surfacing in dance schools, like the Debbie Allen Dance Academy in Los Angeles, and in workshops, mainly on university campuses, taught by dancers who have undergone a rigorous certification process.

But its legacy is most alive, institutionally, through Alvin Ailey American Dance Theater. Ailey, who began training with Dunham in 1943 in Los Angeles, was heavily influenced by the technique and by what Dunham represented. In a 1988 interview on EbonyJet.com, Ailey said watching her company taught him “that black material, I mean from Africa, from the Caribbean, from America itself, could be presented with elegance and style and class and also say something about our history.”

Solomon Dumas, a current member of the Ailey company, attributes the groundedness and versatility in his own dancing to an early introduction to Dunham technique. He learned his first Dunham routine as an 11-year-old student at eta Creative Arts Foundation, a theater on Chicago’s South Side. Mr. Dumas said in a phone interview that he can see the influence of Dunham technique in Ailey’s signature dance, “Revelations,” noting the small hops in second position in “Take Me to the Water,” an ornately choreographed baptism.

“You see the Yanvalou,” he added, referring to the snakelike torso undulations that characterize “Take Me to the Water.” “These spiritual steps that Dunham brought back to the country.”

Ms. Dallas said she hoped her legacy will be to have translated those steps in a way that unites people, regardless of race, age or nationality. In her living room in Basel, she sat flipping through a stained book, pointing to detailed sketches of Dunham’s movements, which she said she would teach for as long as she could. For fun, she added, she would continue to dance on tables, eyeing the one she was seated at. What would stop her?

Cracking a smile, she said, “I got all my hips.”