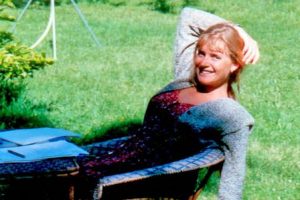 Acclaimed director Jim Sheridan is scouting for an actor to play murder victim Sophie Toscan du Plantier, as he prepares to wrap his €1.5m documentary about the brutal West Cork killing ahead of a rival production from Netflix.

After five years and 400 hours of footage, the Oscar-nominated director plans to finish the project by the summer. He will shortly open casting calls for the role of Sophie, to reconstruct the French film producer’s final days in Schull.

The murder remains one of Ireland’s most notorious unsolved crimes. Ms du Plantier was beaten to death outside her holiday home on December 23, 1996 during a short pre-Christmas trip to West Cork.

International interest in the story has soared following the success of West Cork, the hit podcast about the crime.

The producers of a rival documentary are expected to start filming in Schull from Monday.

Netflix has been courting Ian Bailey to take part in its rival project, a planned three-part documentary made by British producer Simon Chinn.

Bailey, a journalist who covered the murder, became a suspect in the crime but he has always insisted that he was wrongly accused.

Although never charged in Ireland, Bailey was tried and convicted of murder in absentia in a Paris court last year and is fighting his extradition to France.

He told the Sunday Independent this weekend that he had turned down the offer to take part in favour of Jim Sheridan. Bailey has allowed Sheridan’s crew full access to the home in Schull for the documentary. He said he is not being paid but he will be reimbursed for any legitimate expenses incurred during filming.

“I have been cooperating for nearly five years with Jim Sheridan and Donal MacIntyre with a view to their making a documentary,” he said.

Attempts to contact Netflix, Simon Chinn and the makers of the West Cork podcast were unsuccessful.

Bailey said he also gave the makers of the podcast “limited access” to film him last year but has not signed release forms.

Sheridan said he was “just trying to get at the truth. “I have been talking to the French family and I went to the trial in France, and I have been trying to ask hard questions and find out if he could have done it, and I have more than kept my distance – I have been interrogating him.”

After five years of filming, he remained surprised by Bailey’s openness and the strength of Jules Thomas.

“I have been amazed by how little barriers Ian Bailey has – for a person who is accused of murder he doesn’t exactly keep his guard up,” he said.