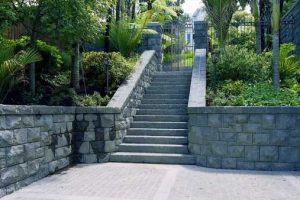 There are plenty of rational fears at the moment, the disinformation revolution and war and climate change … so let’s take comfort in some of our irrational fears.

1. If I hang my foot over the edge of the bed, something will grab it.

2. I can’t be anywhere that water should be and isn’t. The thought of standing in an empty swimming pool gives the absolute heebie-jeebies.

3. Looking in the mirror at night in case I’m not there …

4. I fear when walking the dog I’ll find a dead body. Too many crime dramas.

5. Sometimes when I’m dropping off to sleep I’ll think about being in a plane crash in the sea and the water rising … Eeeerrrgghhh. I’m sure I drowned in a previous life.

6. Whenever I see a plane in the sky I worry it’s going to just drop. I’m not scared while actually flying though.

7. I’m the person that child locks are intended to protect. If I sit in the back of the car I always think I might open the door and fall out onto the motorway.

8.I can’t run up stairs – especially stone ones – without imagining tripping and landing with my top teeth on the edge of one stair … almost like I’m biting it.

9. If I’m looking out over the sea on a bridge or something, I have to clutch my bag tightly in case I throw it.

Lorraine Kidd of Warkworth writes: “Quite a few years ago when I was at Cockle Bay Beach, I found I’d locked the keys and my phone in the car. I was thinking about what to do when a truck pulled up and the driver got out. I told him my problem and said: “It’s times like this when you need a criminal.” He laughed and said: “It’s your lucky day. I am one.” And just like that, he got the door open!”

A reader, searching for RAT test kits on the Countdown website, also got Kit-Kat chocolate and pregnancy tests and rat poison.

1. A Japanese pilot bombed a Canadian town during World War II and started a huge forest fire. He returned after the war to apologise and offered them his sword. He went with the intent to commit ritual suicide if that’s what they wanted as an apology since he felt so ashamed of it. They made him an honorary citizen instead and the sword is displayed in the library.

2. There was a story from Gallipoli where an Australian sergeant was trying to show his men proper grenade-throwing techniques, and he threw a can of beef towards the Ottoman line to demonstrate. Then a few minutes later a tin full of cigarettes was thrown back with a note in rough French (the lingua Franca of the time) thanking them for the gift of beef and offering the cigarettes in return.

3. During the siege of the German town of Weinberg in 1140, women were allowed to leave the city carrying anything they could on their backs. Rather than carrying their possessions, they took their husbands. The king who was leading the siege praised them and decided to keep his word, allowing them to leave.