Home » Entertainment » Sideswipe: November 23: Telling it like it is in Tauranga

Sideswipe: November 23: Telling it like it is in Tauranga 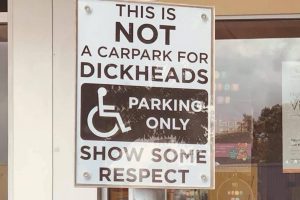 1. The total cost of rescuing a stranded Matt Damon in all of his films (including Saving Private Ryan, Interstellar and The Martian) is an estimated $900 billion.
2. In the 1980s and 1990s, Nintendo had “game counsellors” who operated telephone hotlines and walked people through tricky parts of video games.
3. In 2003, a museum in Southend, Essex, abandoned plans to exhibit a 20,000-year-old, 1.2m-long woolly mammoth’s tusk found in a garden after a second geologist identified it as a length of Victorian drainage pipe.

A sort of social experiment

On January 12, 2007, about 1000 morning commuters passing through a subway station in Washington DC were, without publicity, treated to a free mini-concert performed by violin virtuoso Joshua Bell, who played for about 45 minutes, performing six classical pieces (two of which were by Bach), on his handcrafted 1713 Stradivarius violin (for which Bell reportedly paid $3.5 million). Only six people stopped and stayed to listen for a while. About 20 gave him money but continued to walk their normal pace. He collected $32. When he finished playing and silence took over, no one noticed it. No one applauded, nor was there any recognition. No one noticed that one of the best musicians in the world had played one of the most intricate pieces ever written with a violin worth $3.5m. The experiment raised some interesting questions about how we not only value beauty, but the extent that which the setting and presentation make a difference. Three days earlier, Bell had played to a full house at Boston’s Symphony Hall, where seats went for more than $100. (Source: Snopes)

A man has been reunited with a wallet he lost 26 years ago after it washed up on a beach with cards and a $5 note still inside. Paul Davis was partying at a beach at Lennox Head, northern NSW, as he rang in the New Year in 1994 when he lost the wallet. The wallet, containing the note, a Medicare card and a Visa debit card was found and pictures were shared to Facebook to find the wallet’s original owner. The battered wallet will be returned to Davis this week. He plans to frame it and put it up in his bar.

For those yet to endure The Crown…

Eagle-eyed Michael White, of Milford, writes: “Watching Episode 3 of The Crown and the first 5 minutes of the opening scenes, while the Queen is waiting for a phone call from Charles, a mouse (or rat!) scuttles across the floor, centre stage! Didn’t appear in the credits!”

Comic genius Kieran Hodgson has been watching The Crown series 4, too. This is jolly terrific …