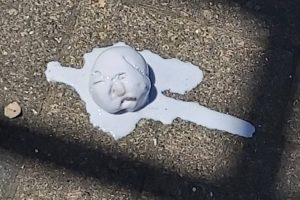 1. In Sierra Leone, before getting a driver’s license, you have to buy a board game called “The Drivers’ Way”. The game involves rolling stoplight-themed dice and moving classic cars around a board, together with answering questions about the country’s road rules.
2. The founder of Hyundai was born to an impoverished family in what is now North Korea. In 1998, he sent 1001 cows to his hometown in North Korea as a repayment — 1000 times over — for a cow that he stole in the early 1930s, to pay for his train ticket to Seoul and escape from poverty.
3. A 1949 BBC memo forbade employees to use desk lamps unless the main room light was on…Because? A man working at a desk in a confined space with only the light from a low-wattage lamp would nurture furtive ideas and produce degenerate programme material.

New emoji express the anguish of 2020

When the nuance of words aren’t enough to express yourself in these pandemic times, you will now have an emoji to do it for you. The new faces are clearly influenced by the chaos of the year, whether it’s “face exhaling” (clearly exhausted), “face in clouds” (smoke?), or “heart on fire” (self-explanatory), or the “face with spiral eyes” emoji – also known as “face-unwell” (mood). Spiral eyes means dizzy, hypnotised, or generally overwhelmed to the point of no longer being in control of one’s actions or capable of perceiving the world. There is also an approved tag to add a beard to any face emoji (male or female) in order to convey how much you have aged in the past six months. (Via The Verge)

Duncan Pardon from Beachlands has a few more to add:
1. “Woke” (especially when used by Winston Peters).
2. “Boots on the ground” (which is usually where boots are found).
3. “Reach out” to someone (we used to just phone them).
4. “Your weather” as used by TV weather presenters (it’s not my weather –  I don’t have a personal rain cloud following me around all day).
5. “Across the story” (used to describe a TV reporter standing outside a police cordon in the pouring rain pretending to know more than he/she really does).
6. “Tricky virus” (it’s just a germ, not an expert in subterfuge).

Monday’s Sideswipe about Fox News inappropriately playing the Johnny Cash song Ring of Fire prompted Alan Lay to recall a white knuckle landing at Bangkok Airport during a fierce thunderstorm when the plane actually hopped several times after slamming down on the runway. The background music in the cabin: Ring of Fire!