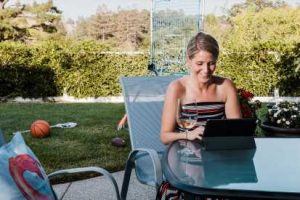 Because dating with kids wasn’t tricky enough before the pandemic. 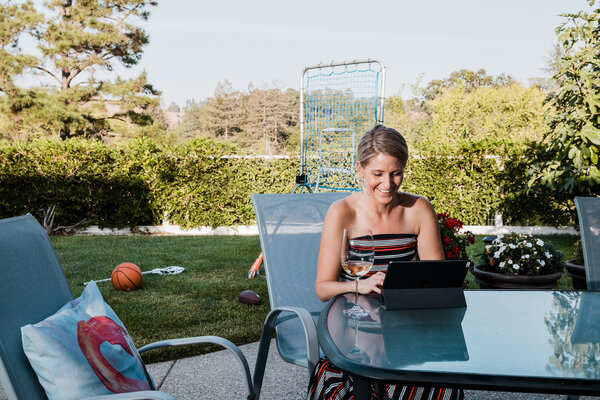 It was a “missed connection” that could have only happened in 2020. Posted in July in a Bay Area Facebook parenting group that usually focuses more on dentist recommendations and stroller advice, it read: “In search of the single dad who spoke at yesterday’s Zoom school board meeting. You have a child going into kindergarten. You sounded kind, caring, insightful and levelheaded. I’m a single woman with a sweet elementary school-aged child. Would love to meet up — masked and distanced appropriately — until we mutually agree to be part of one another’s bubble.”

Susan Lehner, the woman who wrote it, has been happily married for 10 years. But she didn’t post it for herself. She posted it, with permission, for her friend Lisa Carlson, a divorced single mom of a 7-year-old.

“I was on this grueling six-hour call about the district’s plans for our schools, and this cute guy started talking,” said Lehner, a cake baker in Walnut Creek, Calif. “He was compassionate and articulate and humble, and then he mentioned he was a single dad. I immediately thought, ‘Ooh, who do I know who’s a single mom?’”

There are nearly 19 million single-parent families in the U.S., and some of those parents, naturally, are looking for partners. They want the nervous butterflies you get on the first date and the inside jokes you share by the fifth. They want loyal companionship, deep conversation and someone else to load the dishwasher once in awhile.

And, yes, they want it even though we’re in the middle of a pandemic.

“My mom said, ‘Don’t you think you should just hunker down and not date until the coronavirus is over?’” said Victoria Mooradian, a divorced mother of two and executive recruiter in San Francisco. “But honestly, it seems kind of crazy to wait. We’re all stuck at home anyway. It’d be nice to find that person that I want to be quarantined with.”

She’s not alone. Since the pandemic started in March, the number of single parents turning to online dating has gone up, spokespeople for several dating sites and apps said. Hinge has seen a 5 percent increase in single-parent registrations, Elite Singles has seen 6 percent, and Match has seen a rise of almost 10 percent.

Social psychologist Sara Konrath, Ph.D., is not surprised. “Right now, single parents are overwhelmed with juggling kids’ virtual learning and work and everything else,” said Dr. Konrath, a visiting associate professor at the University of Notre Dame’s Institute for Advanced Study. “They can’t even go out to distract themselves. What they can do is think about what’s important in their lives and what they might want to change.”

For Andrea Soelter, 44, it was easier to keep seeing a guy she’d been dating casually pre-pandemic. “I was a little anxious,” admitted Soelter, a divorced real estate agent in Seattle. “But the loneliness of single parenting three kids during a pandemic took over, and I was just happy to have another adult to spend time with.”

Kristen Benson, 44, who lives in Boone, N.C., said that being a single parent is already isolating. “As a single queer mom in Appalachia, it can get pretty damn lonely,” she said. “And it’s even worse right now because of Covid.”

END_OF_DOCUMENT_TOKEN_TO_BE_REPLACED

END_OF_DOCUMENT_TOKEN_TO_BE_REPLACED
We and our partners use cookies on this site to improve our service, perform analytics, personalize advertising, measure advertising performance, and remember website preferences.Ok