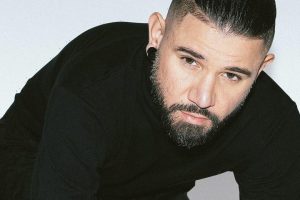 Skrillex has returned with his first track in just over a year, titled “Rumble,” featuring rising DJ and producer Fred again.. and MC Flowdan.

Clocking in at just two minutes and 26 seconds, the fresh single leans into its grime and bass while still introducing an experimental sound over a steady beat. With a bridge composed of a high-pitched voice, the track expertly builds to a proper height before dropping to a smooth, vibrating conclusion.

“Rumble” arrives after Fred again.. teased the cut during his Boiler Room debut last summer. In tandem with officially releasing the track on Wednesday, Skrillex announced that a new single, featuring PinkPantheress and Trippie Redd, will release on Thursday, January 5.

Both tracks will presumably appear on Skrillex’s forthcoming double album, which he recently announced on social media, with a cryptic caption that read “QFF/DGTC 23.” On January 2, Skrillex posted a snippet from “Rumble,” confirming that the inaugural track would arrive on January 4. The double record will arrive as Skrillex’s first studio album since his debut effort, Recess, which was released in 2014 and peaked at No. 4 on the Billboard 200 in April of that year.