Home » Entertainment » Solange Defies Pop Expectations on ‘When I Get Home’

Solange Defies Pop Expectations on ‘When I Get Home’

Solange’s breakthrough 2016 album, “A Seat at the Table,” was a sweet-voiced, multilayered manifesto: the sound of one black woman finding her path forward and confronting the ways systemic racism and sexism affect personal struggles. Its successor, “When I Get Home,” is something different: a reverie, a meditation, a therapeutic retreat, a musicians’ playground.

“With ‘A Seat at the Table,’ I had so much to say,” Solange said in an interview streamed from Houston on Sunday night. “And with this album, I have so much to feel.”

For Solange, 32, “When I Get Home” is one more step away from ordinary pop expectations. Even before “A Seat at the Table,” she spiked her more conventional R&B albums with songs insisting she was different. Now she has nearly let go of the pop structures that undergirded “A Seat at the Table” and kept its songs catchy.

“When I Get Home” is built for gentle, repeated immersion, not instant gratification. Its tracks prize mantras over hooks, and wander in structure and tempo, taking improvisational tangents. Although the album is punctuated by spoken-word interludes — bits of poetry, self-help, comedy and tribute — it is designed to flow as a whole, gradually infusing a room like incense or the smells of home cooking.

The opening song, “Things I Imagined,” makes clear that Solange is offering floaters, not bangers. She sings, “I saw things I imagined” more than a dozen times, repeating the line or parts of it while continuously toying with the music: different melodies, different speeds, different chords, everything in a dreamlike flux. A labyrinthine transition leads to the optimistic, vaguely spiritual refrain that will also close the album: “Takin’ on the light.” The production, like nearly the entire album, uses layers of keyboards with improvisational tendrils and puffy, quavery, analog-sounding tones that hark back to 1970s Stevie Wonder, particularly “Journey Through the Secret Life of Plants.” And Solange’s voice is sure-footed and playful, confident that the music will follow her every whim.

On nearly all of the full-length songs, Solange is credited as the sole composer and lyricist. She has a long list of guests — among them Playboi Carti, Gucci Mane, Earl Sweatshirt, The-Dream, Dev Hynes, Sampha, Scarface and Panda Bear from Animal Collective — but outside a few prominent guest raps, Solange and her musicians slip the collaborators into the background. This is her space, her sanctuary. 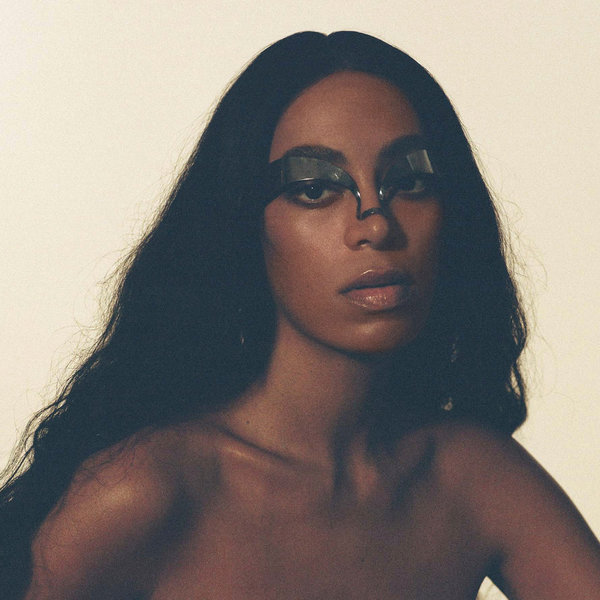 As its title suggests, “When I Get Home” contemplates returning home and making a refuge there, reconnecting with memories and everyday surroundings that were once taken for granted. The black solidarity that was Solange’s strongest message on “A Seat at the Table” is still there in “Stay Flo” and in “Almeda,” where she praises “Black skin, black braids, black waves, black days” and insists, “These are black-owned things” over rattlesnake drum-machine accents. But most of the album has her musing on more private, domestic matters and looking inward.

The home she invokes is the Third Ward in Houston, where Solange grew up. She returned there to work on this album following a period of upheaval. After a tour that was a model of abstract, starkly choreographed precision, Solange had severe health problems. As 2017 ended, she canceled a New Year’s Eve show because she was coping with an autonomic nerve disorder.

Some tracks on “When I Get Home” are named after Houston streets, and Solange’s lyrics (as they were in “Scales” on “A Seat at the Table”) are dotted with references to the city’s idiosyncratic status symbols like grills (extravagantly jeweled dental caps) and “slab” (slow, low and bangin’) cars with reflective “candy paint.”

Solange — echoing the artistic playbook of her sister, Beyoncé — paired the release of “When I Get Home” with an online film, which she directed and unveiled as an Apple Music exclusive. It’s a slightly abridged version of the entire album, accompanying non-narrative scenes of, among other things, black cowboys doing rodeo feats, a circular white arena holding group rituals in the desert, and dancers claiming Houston’s urban spaces. At the beginning and end of the film, Solange, in a glittering dress, dances alongside a mysteriously hooded Holy Ghost, revealed at the end as a black man. “The film is an exploration of origin, asking the question how much of ourselves do we bring with us versus leave behind in our evolution,” Solange said in a statement.

The film visualizes “Sound of Rain” as a computer-animated extravaganza: a stadium full of dancers that turns into a garden, a burning man, people riding flying machines. The song is one of the album’s closest approaches to pop-R&B, with an ingenious beat, terse melodies and abundant countermelodies; the lyrics are cryptic and sunken into the mix, but at the end Solange reveals, “Sound of rain/helps me let go of the pain.” Another near-pop song is “Jerrod,” a promise of intimacy — “Give you all the depths of my wanting” — that Solange coos with the airy tenacity of Janet Jackson.

For much of the album, Solange dissolves verse-chorus-verse into meditations and vamps. Keyboards supply rich chords that offer plenty of places to alight harmoniously; the beat is often an implied pulse that can and does leave behind 4/4 convention. In the chromatic haze, Solange ponders questions and considers life lessons in a few ambiguous words.

In “Beltway,” she sings “don’t, don’t, don’t,” pauses, and continues, “you love me”; it’s impossible to tell where the couple stand. In “Dreams,” she recalls growing up with dreams and advises patience: “Dreams, they come a long way — not today.” She teeters on the verge of a relationship in “Time (is)” — “I was getting to feel/All the way” Solange sings — before its six-beat meter changes to five beats and Solange and Sampha each repeatedly sing an enigmatic line: “You’ve got to know.” And with hovering piano chords and hissing cymbal, “Down With the Clique” hints at the anticipation of Herbie Hancock’s “Maiden Voyage” as Solange reminisces, “We were rollin’ up the street/Chasing the divine.”

In the interlude “Can I Hold the Mic,” Solange explains, rhapsodically: “I can’t be a singular expression of myself. There’s too many parts, too many spaces, too many manifestations, too many lines, too many curves, too many troubles, too many journeys, too many mountains, too many rivers, so many …” A keyboard follows each syllable of that speech, soon joined by chords to harmonize. The lilt of her voice alone could have carried these few seconds of content, but she and her musicians made the effort to match the rhythm and find its song. Because Houston is not her only home on this album; music is.

Solange
“When I Get Home”
(Columbia)