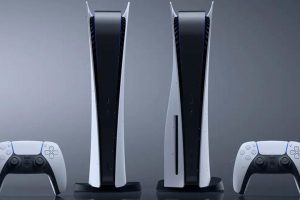 Sony recently released a revised edition of its PlayStation 5, and now a teardown video has revealed the differences between the new edition and its predecessor.

In a new video published yesterday, YouTuber Austin Evans managed to get hold of one of the revised PlayStation 5 models, which he promptly took apart. Breaking down the differences between the old and new models, Evans discovers that the heatsink of the revised edition is significantly smaller than its predecessor. While it does shave weight by around 0.66lb, it does also increase the device’s running temperature by a couple of degrees.

Aside from the heatsink, there are also a few minor changes between the editions, although none of them should really have a significant impact on the consoles’ performances. Connections to the WiFi chip has been tweaked along with an improved stand screw that’s easier to use for players installing or taking the machine apart,

Sony itself hasn’t explained why the Ps5 models differ, but Evans speculates that the smaller heatsink was mainly a result of cost-cutting.

Elsewhere in gaming, Marvel’s Guardians of the Galaxy developers have explained why Star-Lord is the only playable character.
Source: Read Full Article