SpaceX Aims To Launch First Starship Before End of This Year 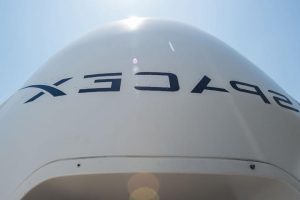 SpaceX is zoning on the month of December for the takeoff of its Starship rocket, Reuters reported. The launch would serve as the first “demonstration flight” for the massive spacecraft, which has been in the works since 2005, when the initial concept designs were drawn up.

“We track four major Starship flights. The first one here is coming up in December, part of early December,” Mark Kirasich, an official from NASA’s Artemis moon program, said during a livestream, per Reuters.

Prototypes of only the upper half Starship have undergone practice launches at SpaceX’s Texas headquarters. The prototypes were launched just 6 miles (10 km) into the sky so that engineers could configure landing attempts.

Reuters noted that SpaceX’s plans for the Starship could be thrown off by delays due to aerospace regulations. The U.S. Federal Aviation Administration, for starters, has yet to approve the mission.

In other tech news, Audio-Technica has returned with a modernized edition of its classic Sound Burger turntable.
Source: Read Full Article