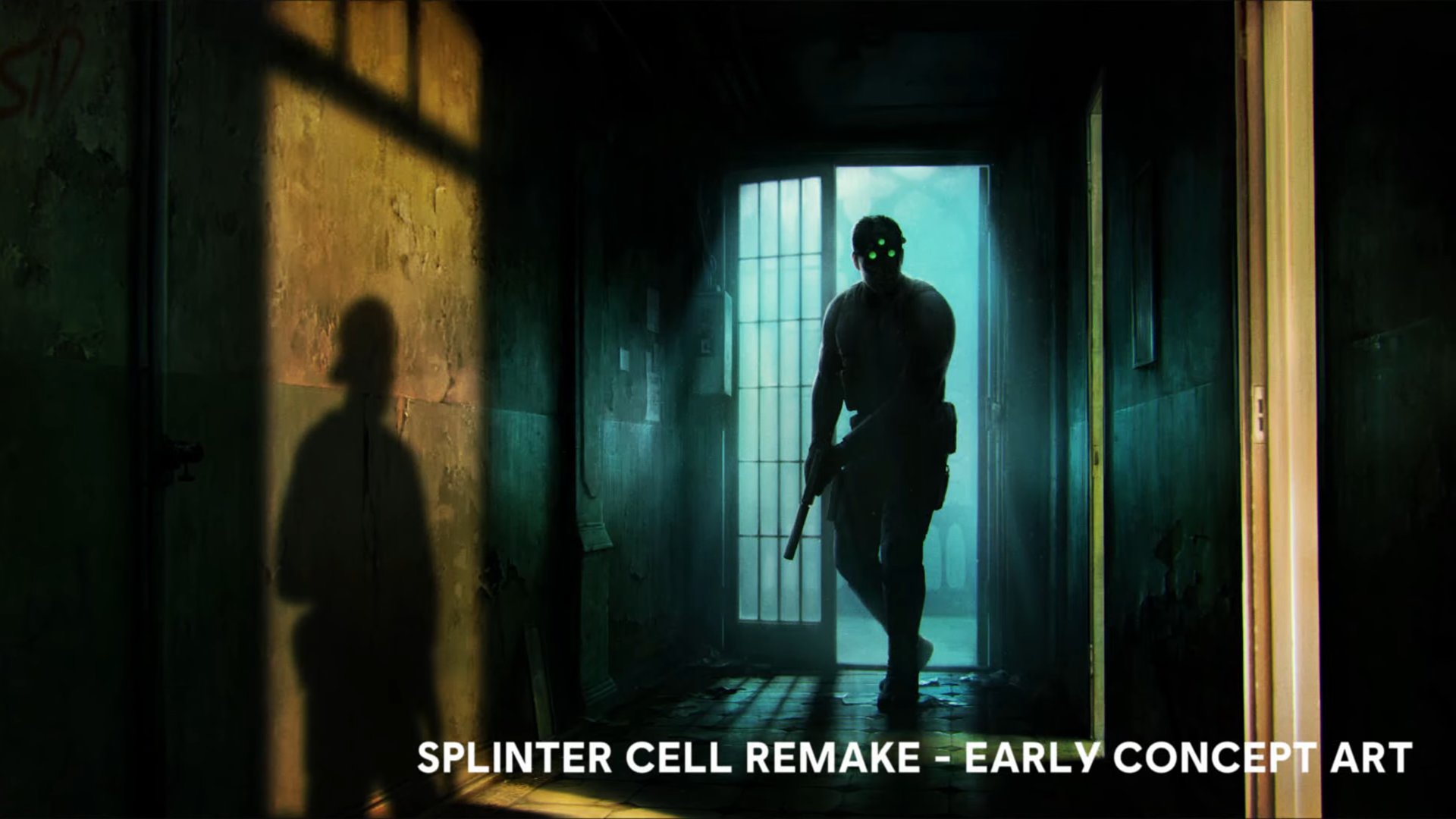 Ubisoft has teased a first look at the remake of Splinter Cell, although only via a few pieces of concept art in a new anniversary video.

Remakes are all the rage nowadays but the problem with them is that, since they’re essentially brand new games, they take a long time to make. So while the one for Splinter Cell was announced last year we still haven’t seen so much as a pre-rendered trailer for it.

The closest so far is the 20th anniversary video below (the original was released this very day on the original Xbox), which includes several pieces of concept art which… look like Splinter Cell.

Really, there’s not much new information to be gained here, other than Ubisoft do seem to be putting in a big effort, while sticking close to the aesthetics of the original.

The colour palette certainly seems true to the first game, with everything constantly in the rain or dark, with technical director Christian Carriere promising ‘ray-traced illumination’ and other next gen lighting effects.

The sound will work in similarly high-tech ways, reacting differently with different materials and bouncing around realistically.

The only other thing Ubisoft said, though, was that the game is still in the ‘very earliest stages of development’, which seems to rule out a 2023 release and even puts 2024 into question.

Ubisoft has been rather more explicit in their job ads, which earlier in the year revealed that they’re planning to have ‘modernised stealth gameplay’, whatever that they mean.

The ads also made clear that they are ‘rewriting and updating the story for a modern-day audience’, while keeping the ‘spirit and themes of the original game’ and ‘exploring our characters and the world to make them more authentic and believable.’

It’s not clear what that means either, but as a Tom Clancy game there’s always a been a lot of right wing politics in the games, which might not read so well in today’s climate.

If you want to play the game and try and figure out what the problem is yourself, the original version is currently free on the Ubisoft store, along with several discounted sequels, to celebrate the 20th anniversary.