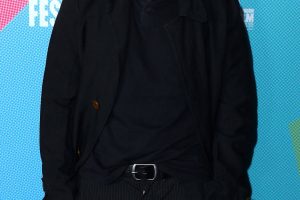 International movie stars John Cho and Tim Roth are filming separate projects in Auckland as the local movie industry gets back on its feet.

It’s the story of a gay adolescent boxer and small-town golden boy Jim on his journey to self-discovery and manhood. Roth, 51 plays the role of Stan, Jim’s demanding coach and alcoholic father, and Hayes plays Whetu, a young takatāpui Māori musician.

Roth, star of The Hateful Eight, Rob Roy and TV show Lie to Me, stayed in managed isolation in downtown Auckland and amused himself by posting a video of window washers. Last week, as filming began, Roth shared a photo of an Auckland black-sand beach.

In a recent interview with New Musical Express recently, Roth raved about the country and Prime Minister Jacinda Ardern.

“I’m going to New Zealand which is the safest place on the planet right now – probably because they have a woman in charge – and I’m making an independent movie there. Then I’m coming back to do some streaming stuff which might become movie stuff, then I’m going to the UK to do a movie. Then I’ll hopefully be in Africa making a movie… and then a TV series that’s taking place all around Europe. It is happening, but the question is then obviously going to be how you see all this stuff without any cinemas. That’s the scary part. The trick is to keep moving…”

The futuristic space bounty hunter series was the first Netflix original to be filmed in New Zealand. The show, which started filming last year, will employ more than 400 people – the largest ever for a television production in Auckland.

Last October, weeks into filming, the production came to a halt after Cho busted his knee on set.

“The injury was a freak accident. It happened on the last take of a routine and well-rehearsed scene. It wasn’t anyone’s fault,” a source close to set told the Herald.

Filming started again recently and Spy understands it will go through until February.

Cho, 48, starred in the Harold and Kumar movie series – but is probably best known for his role as Sulu in the rebooted Star Trek film franchise.

His return to Auckland from Hollywood has given him a Star Trek reunion with Kiwi actor Karl Urban, who plays Dr “Bones” McCoy.

Last weekend the pair went fishing in the Hauraki Gulf on Urban’s boat.

“Thanks for a beautiful day, captain,” Cho wrote on Urban’s social media post. It comes as the on-off-on again fourth instalment in the Star Trek franchise looks likely to get the green light.

Cho and hisBebop co-stars are enjoying being back out and about in Auckland after quarantine.

Actor and rapper Mustafa Shakir, known for Marvel’s Luke Cage, has been posting photos of views from Mt Eden and One Tree Hill and Daniella Pineda, part of The Jurassic World franchise, has done some rubber-tyre river rafting and also walked the Tongariro crossing.

END_OF_DOCUMENT_TOKEN_TO_BE_REPLACED

END_OF_DOCUMENT_TOKEN_TO_BE_REPLACED
We and our partners use cookies on this site to improve our service, perform analytics, personalize advertising, measure advertising performance, and remember website preferences.Ok