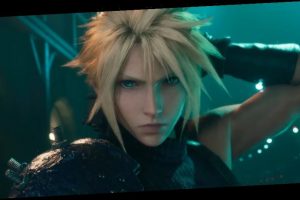 Like with the upcoming Pokémon Brilliant Diamond Shining Pearl Switch remake, another cult video game refresh is near completion.

While the move of Final Fantasy VII Remake Intergrade from PS4 to PS5 may not seem like such a big jump, compared to Brilliant Diamond Shining Pearl‘s 14-year gap from Nintendo DS to Switch, it’s still interesting to witness the improvements in graphics from the console update.

Giving gamer’s a first-hand look at how the new Final Fantasy VII Remake has been optimized for the new generation of Sony consoles, SQUARE ENIX has just released a comparison video showcasing side-by-side shots of PS4 gameplay next to the upcoming version. From the trailer, we can see that textures, lighting, and even loading times have all been improved.

On top of the visual enhancements, there will also be a Graphics Optimization Mode that allows for better performance at 4K resolution for a stable 60fps gaming experience. Look for Final Fantasy VII Remake Intergrade for the PS5 to release on June 10.

In other gaming news, an Age of Empires IV fan preview is coming next month.
Source: Read Full Article