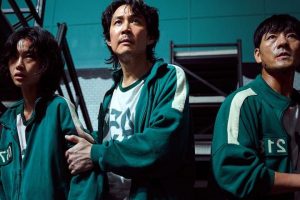 Squid Game creator Hwang Dong-hyuk has reassured fans about his show’s spinoff, dubbed Squid Game: The Challenge, telling them they should not “take things too seriously.”

Shortly after the 2022 Emmy Awards — where Hwang, the show and its cast took home historic wins such as Outstanding Directing for a Drama Series for the “Red Light, Green Light” episode, Outstanding Lead Actor in a Drama Series for Lee Jung-jae and more — Hwang revealed that he had already met with the creator of The Challenge. “I think that even though our show does carry quite a heavy message — and I know that there are some concerns of taking that message and creating it into a reality show with a cash prize,” he said. “However, I feel like when you take things too seriously, that’s really not the best way to go for the entertainment industry. It doesn’t really set a great precedent.”

He continued, “I would say that reproductions of such efforts are going to bring new meaning to the industry, and I hope that this is going to be a great new direction for the industry overall.”

The Challenge will see the competitions in Squid Game come to life with real competitors, sans the deaths. A “life-changing” cash prize of $4.56 million USD is up for grabs and Netflix is currently holding an open casting for its 456 competitors.