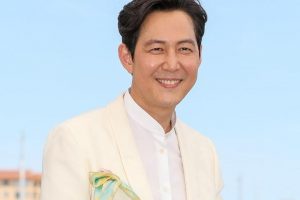 According to reports, Squid Game star and veteran South Korean actor Lee Jung-jae is currently in talks with Marvel Studios. The reports note that Lee could potentially be cast for a role in the Marvel Cinematic Universe.

The news was first shared by entertainment insider @DanielRPK earlier this week and re-circulated by Marvel news pages. Not much more is currently known, but it is believed the actor and his team have been in early discussions with Marvel. There has also been no word of what role the actor could play just yet.