President Trump bragged on Tuesday about the secret deal he claimed to have made with Mexico (which Mexico’s foreign minister has denied). As proof, Trump waved a piece of paper in front of TV cameras, saying it contained part of the agreement he had yet to reveal. The late-night hosts took their best guesses about it.

“We actually found out what was on that paper. Yeah, here at ‘The Tonight Show’ we find out those types of things. It says, ‘Do you want to make an agreement? Sí or no.’” — JIMMY FALLON

“[Imitating Trump] ‘Look, look, if I don’t have a secret agreement with Mexico, then how do I have this piece of paper right here? How I do have a piece of paper that I will not read to you, O.K.? O.K.? Here’s Middle East peace right here. It smells so fantastic. Yes, peace right there. There we go. All right. O.K., we’ve got the Mexico deal, we’ve got Middle East peace, and hold on, the Colonel’s secret recipe right here: seven herbs and spices.” — STEPHEN COLBERT

Stephen Colbert noted that The Washington Post had captured an image of the paper and found no evidence of new information on it.

“Once again, Trump is foiled by his archnemeses: sunlight and reading.” — STEPHEN COLBERT

Trump and Biden Take the Midwest

Trump and Joe Biden were both campaigning in Iowa on Tuesday, which Colbert said was “either because it’s the first primary state or because Kevin Costner needed more old guys to walk out of the cornfield.”

“I don’t know, seeing Joe just isn’t the same without Obama there. It’s like going to a concert to see Oates.” — SETH MEYERS

An early transcript of Biden’s speech had the former vice president scolding Trump for making his presidency all about himself.

“Biden’s right: It’s not about Donald, which is why Biden in his speech talked about Trump only 76 times. The only person talking about Donald Trump more than Joe Biden is Donald Trump — and me.” — STEPHEN COLBERT

“Biden’s the dummy? May I point out, only one of you is sitting on Putin’s lap with his hand up your butt.” — STEPHEN COLBERT

The MSNBC host Rachel Maddow talked with Seth Meyers about the possibility of Trump’s getting impeached and her forthcoming book, “Blow Out,” about the oil and gas industry.

Beto O’Rourke will talk about his presidential campaign with Stephen Colbert on “The Late Show.” 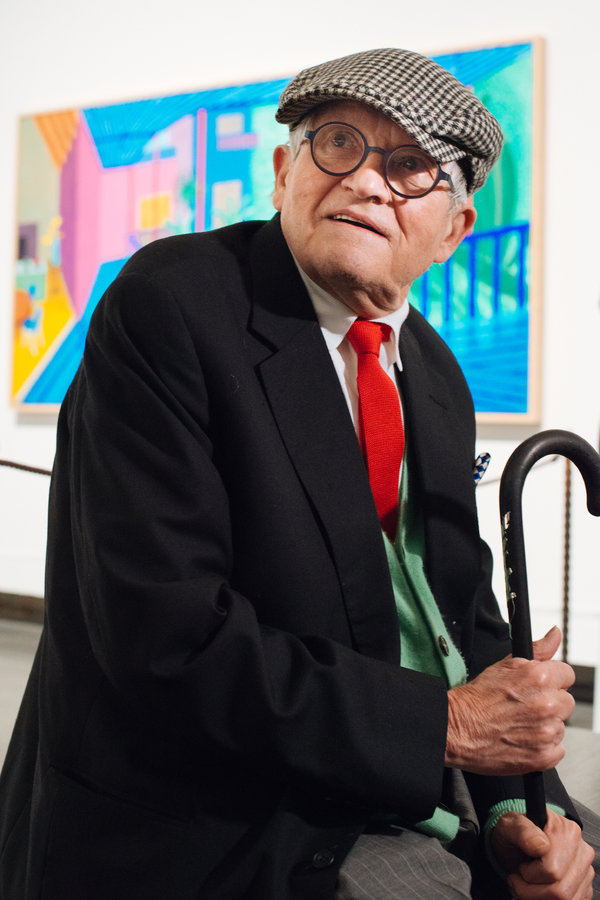 David Hockney is the subject of a newly restored documentary biopic (“A Bigger Splash”) and a book (“Life of David Hockney: A Novel”), both of which marry biography with fiction in an effort to capture the colorful artist’s life and legacy.

END_OF_DOCUMENT_TOKEN_TO_BE_REPLACED

END_OF_DOCUMENT_TOKEN_TO_BE_REPLACED
We and our partners use cookies on this site to improve our service, perform analytics, personalize advertising, measure advertising performance, and remember website preferences.Ok