Stripping Away History’s Layers, and Revealing a New Museum 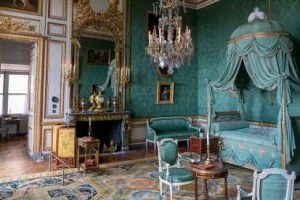 PARIS — It was a storehouse for the furniture, art, rugs and precious jewels of France’s royal household. It’s where Marie Antoinette’s death certificate was signed, Napoleon I and Josephine celebrated their coronation ball and the act abolishing slavery in France became law. It was the headquarters of France’s Navy for more than 200 years and, during World War II, of a division of Nazi Germany’s.

The Hôtel de la Marine, the eagerly awaited new Paris museum that opened to the public this month, is layered in history. Now, the grand neoclassical palace on the Place de la Concorde is on view for the first time in almost 250 years after a $157 million, four-year renovation that involved about 200 of France’s finest artisans in the painstaking job of removing the many changes made to the building over time and restoring it to its former splendor.

“It was a kind of restoration that hasn’t been previously undertaken by the French administration,” said Joseph Achkar, an authority on 18th-century design who oversaw the project with his partner, Michel Charrière.

“Usually you might strip back a wall in one spot, for example, to find the original color, then everything is repainted that way,” Achkar said. “What we did was to restore every detail as you would restore a painting, uncovering layer by layer and recreating the original colors, fabrics, woodwork, with the same techniques that were used in the 18th century.” 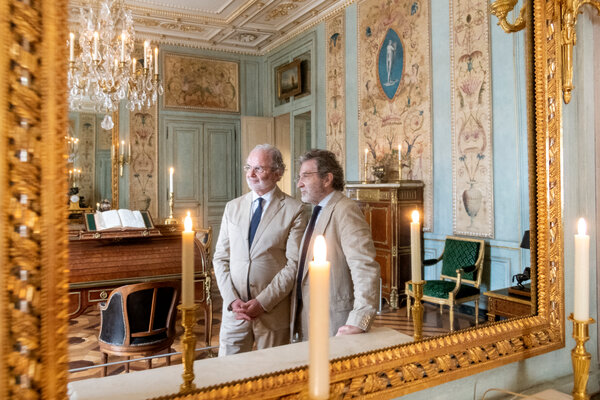 Numerous additions were made to the original structure over the centuries, said Christophe Bottineau, the architect in charge of France’s historic monuments. The original building included a luxurious 14-room apartment, provided for the steward of the king’s collection, as well as grand reception rooms, storage areas, offices, workshops and accommodations for the workers. After the French Revolution in 1789, the navy took over the building, adding new floors and changing the interiors to accommodate its offices.

“It was a renovation that involved taking things away rather than adding them,” Bottineau said.

The restoration of the apartment was hugely helped by a highly specific inventory of the original furnishings and décor. “There were 900 pages that noted the tiniest details of fabric, furniture, paint color and gilding,” Achkar said.

While Achkar and Charrière sourced original furniture, artworks and textiles, some of France’s most specialized craftspeople worked on the renovation. They sewed hundreds of yards of curtains by hand, removed 18 layers of paint from the walls, restored woodwork and gilding, and painted wallpapers by hand.

Here is a close-up look at some of their work.

This was the original bed, and the original bedding, used by Marc-Antoine Thierry de Ville-d’Avray, the second (and last) steward of the king’s belongings, said Achkar. The silk fabric was frayed, he said, and the embroidery reworked using an 18th-century needlework technique.

All of the missing moldings and wooden carvings on the walls were remade and finished with gold leaf or patina, said Alexis Boutrolle, the director of operations for Asselin, a French carpentry company that specializes in historical restoration, which carried out the work.

“The main goal of this work was to be historically correct, but also create something that feels lived in,” Boutrolle said. “When you do this by hand, in the old-fashioned way, the patina is very subtle and full of nuance.”

These tiebacks, each with an ornate hanging tassel, take about 150 hours to make, said Eléonore Declercq, of Declercq Passementiers, a decorative trimmings company.

The process begins with matching the threads to the curtain color. “It’s like mixing paint, but using thread,” she said. The tieback cable is created by twisting the threads as they are slowly pulled through a loom, and the “skirt,” or hanging part of the ornament, is made by hand, often including decorative elements, like the little fruits on the yellow tassel here.

It took six weeks to sew these draped curtains by hand, said Lucas du Pasquier, an upholsterer for Alexandre Phelippeau, the company that made them. Using a machine “actually creates tighter stitches, and is better, in a way,” he said. “But the decision was to do things as they were done at the time.”

To pin the fabric and attach the sides of the draped curtains to the wall, the curtain-makers used an 18th-century hammer with a magnetic back to which the nails are fixed. Then they are tapped into the wall and covered with fabric. “My colleague has the nails in his mouth, and is in the middle of fixing the fabric,” du Pasquier said. “It’s quite tricky.”

This huge tapestry is not the original one that hung in this spot — that now hangs in the French Embassy in Rome. Achkar and Charrière decided to use a tapestry from another room, made around the same time, but it wasn’t the right size. “Then we found a border that was actually from the same workshop as the original — a miracle!” he said.

“We had to cut away the damaged parts and find a way of putting it together that would look seamless, without using any modern techniques,” du Pasquier said. “It’s the first time I have ever worked like this and I don’t know if I will ever do it again.”

For his office, de Ville-d’Avray commissioned a parquet floor made of three kinds of rare woods: sycamore, amaranth and mahogany. “It’s an extraordinary feat of craftsmanship — it almost feels three-dimensional,” said Achkar. The floors had been restored about 20 years ago, but much of the wood paneling had to be painstakingly recreated, said Boutrolle.

The dining room has been set up to “create the atmosphere at an end of a meal, as if the guests have just left,” Achkar said. He added that creating the atmosphere of a lived-in apartment was an important part of their approach. “We didn’t want it to look like a museum, with various pieces identified by little cards, but more like a home full of all sorts of things,” he said.

The sumptuously embroidered 18th-century fabric of the tablecloth is “magnificent but extremely fragile and time-consuming to work with,” Achkar added.

The opulent reception room dates from the 19th-century and wasn’t part of the recent renovation, but it will be an information center for visitors and will provide access to the huge balcony that looks over the Place de la Concorde.

Getting the lighting right in both the 18th- and 19th-century sections was all-important, said Régis Mathieu, whose workshops repaired or recreated all of the lights for the building’s interior and exterior.

“In the 18th-century, the lighting was more refined: The chandeliers were mostly crystal with fewer candles,” he said. “It was a very complicated task, as the lighting had to be suitable for a modern museum but true to the era.”

In the 19th century, he added, the rooms were bigger and more gilded and ostentatious, with large chandeliers. “When you see it from outside, all lit up, you feel like there is a grand ball that you’d like to go to,” he said.

“We redid a thousand windows and doors on the outside and inside of the building,” said Boutrolle. “Because it’s a landmark, everything had to be historically correct, including the hardware, made from iron and bronze, or even leather.”

“In France you have a lot of good craftspeople with excellent training,” he added. “There is a real wealth of savoir-faire.”