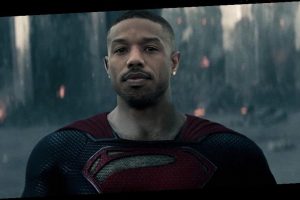 DC‘s Superman reboot is underway and it will reportedly cast a Black Clark Kent.

Sources report Ta-Nehisi Coates, the same person responsible for Black Panther and Captain America, will be writing the upcoming film, centered around a Black Superman. Both Warner Bros. and J.J. Abrams‘ Bad Robot will be producing the upcoming movie. “To be invited into the DC Extended Universe by Warner Bros., DC Films and Bad Robot is an honor,” expressed Coates in a recent statement announcing the project. “I look forward to meaningfully adding to the legacy of America’s most iconic mythic hero.” The movie is still in its early development, and a director has yet to be named.

In case you missed it, Marvel has announced an official release date for Loki on Disney+.
Source: Read Full Article