Home » Supreme Is Officially Opening in Milan on May 6

Supreme Is Officially Opening in Milan on May 6 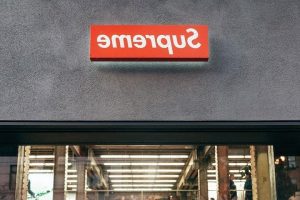 Rumors of a Supreme flagship opening up in Milan have finally been put to rest. Since last hearing of the notion back in 2019, when Supreme was busy taking legal action against its knockoff competitor Supreme Italia, we now learn that a Milan flagship will be opening on May 6 in Corso Garibaldi 20, Milan.

This does coincide with the skate clip by William Strobeck that was teased last week where Milan, Italy was geotagged, followed by the caption, “Coming Soon.”On top of that, NSS Magazine also revealed a newspaper ad with the official announcement. There was also a fairly large outdoor digital billboard displaying a red box logo along with the address.

This new opening will be Supreme’s 13th official retail store, the 12th being the San Francisco store opened back in October 2019, and the first store to open since its acquisition by VF Corporation in November 2020. While it is a given that there will be a commemorative box logo dropping for the opening, no images have yet to surface. We could be seeing an il Tricolore green, white and red version as a nod to Italy.