Home » Entertainment » SXSW Came Back With Genuine Joy. Here Are 15 of the Best Acts.

SXSW Came Back With Genuine Joy. Here Are 15 of the Best Acts. 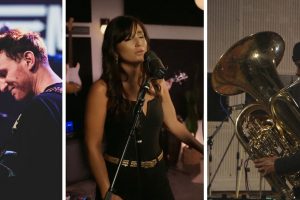 South by Southwest 2020 was abruptly canceled last March as the reality of Covid-19 set in. This year, it returned March 16-20 as SXSW Online, viewed remotely and downscaled to the size of a screen. Its music festival offered prerecorded virtual showcases — from studios, clubs, living rooms, backyards, city streets and odder places — for about 280 bands rather than the 1,000-plus of recent years. Though some showcases vanished after they were webcast, conference attendees can rerun many of them until April 18, and with luck the performances will make their way to a wider public afterward. For once, it’s possible to see nearly all the music at SXSW.

The reduction, and the chance of replays, changed the festival’s focus. It shifted the lineup toward bands that could find management or government sponsors, which led to a much higher proportion of international performers. (Corollary: Where is federal, state or urban arts funding?) Nearly two-thirds of the festival’s acts came from abroad, including multiple bands from Britain every night.

The online format also invited video ingenuity, mostly but not always low-budget, around the real-time performances that SXSW has always prized. After a year of pandemic isolation, the showcases featured the genuine joy of musicians getting together to perform, even if the audience was just a camera crew, and some showcases revisited clubs that have held out through the pandemic. The sets also unveiled songs that have emerged from a year of quarantines and reassessments. As always, there was music worth discovering, though a brief SXSW set is just a hyperlink to a career. Here, in alphabetical order, are 15 of the best acts from SXSW 2021 Online. 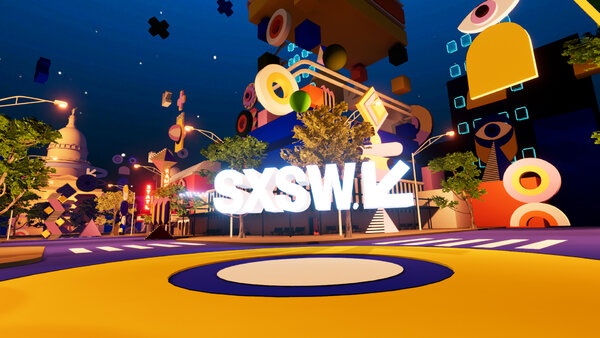 ALIEN TANGO The singer, guitarist and keyboardist Alberto Gomez leads Alien Tango, a group from Spain that’s based in London; it was part of a Sounds From Spain showcase. Its hopped-up pop-rock songs switched between manic glee — frenzied guitar scrubbing, arpeggiators going full tilt, falsetto la-las — and sardonic crooning to match the humor in Gomez’s English-language lyrics: “You and I are gonna live a thousand years/You and I are gonna have a thousand beers.”

CLIPPING The avant-hip-hop group led by the “Hamilton” star Daveed Diggs appeared in a showcase selected by NPR’s Tiny Desk Concerts, and took “tiny” as a video mandate. As Diggs rapped into a thumbnail-size microphone, his collaborators, Jonathan Snipes and William Hutson, pretended (on split screens) to play miniature versions of (among other things) a laptop, guitar pedals and a windup music box, as the music warped itself from pink noise to music-box tinkle to industrial distortion to techno beats. No simulation was involved in the tour de force that was Diggs’s breakneck, virtually nonstop rapping, with rhymes that raced from free-associative wordplay to nightmare imagery to a grimly prescient 2019 song, “Nothing Is Safe.”

THEON CROSS A British project called Jazz re:freshed Outernational booked Abbey Road Studios for a SXSW showcase that included a virtuosic set by the tuba player Theon Cross. He performed with an electronic backing track and, even better, with his band, which merged wah-wah funk with Caribbean carnival rhythms as Cross hopped between holding down the bass lines and joining the band’s brassy melodic crossfire.

JON DEE GRAHAM and WILLIAM HARRIES GRAHAM The deep local loyalties of SXSW were summed up in a showcase for the roots-rock songwriter and guitarist Jon Dee Graham — an Austin native with a grizzled voice and a long discography of kindly and hard-won songs — and his son William Harries Graham. They were performing at Austin’s long-running Continental Club, singing rough-hewed roots-rock songs about empathy, acceptance and willed optimism. “All the mistakes I’ve made/They brought me here to you,” Jon Dee Graham sang in his weathered, forthright rasp.

HeLING Part of CaoTai Music’s showcase of electronic music from China, HeLing appeared mostly with his back to the camera in a closet-size studio surrounded by synthesizers, keyboards, computer screens and flashing lights. Pecking at controls and turning knobs, he calmly constructed a performance that evolved inexorably from rich, undulating drones through swoops, blips, chirps and hissing beats to dizzying, flat-out techno — and then ended so abruptly it risked whiplash.

JADE JACKSON and AUBRIE SELLERS Two Los Angeles-based roots-rock songwriters with solo careers decided to write together during quarantine, and emerged as a duo. Their video set for SXSW, with a partly masked backup band, was their first public performance. They leaned into electric Southern-rock stomps, shared modal harmonies, and introduced a new waltz about a year without concerts: “I want to go back to the way it was before we had distance between us,” Jackson sang.

MILLENNIUM PARADE Live Nation Japan sent SXSW a concert-scale production with the melancholy synth-pop group D.A.N., the cheerfully arrogant rapper-singer Awich (surrounded by dancers) and the full-scale overload of Millennium Parade, a large band led by Daiki Tsuneta with two drummers, plenty of computers and keyboards and multiple lead singers, male and female. It reached back to the bustling, horn-topped R&B of Earth, Wind & Fire, added latter-day sonic heft and occasional rapping, and surrounded itself with a video barrage that rocketed it into a “Blade Runner”/anime futurescape. In “2992,” between a bruising bass line and a fluttering orchestral arrangement, Ermhoi sang, “In this life we live, everyone is made to feel confused” — confused, perhaps, but exhilarated.

HARU NEMURI The Japanese songwriter Haru Nemuri started her set, which looked like a one-take video, as if it were going to be soft and gauzy. She was alone in a room and rapping in a near-whisper over a looped choir of women’s voices, with hints of Björk and Meredith Monk. But when she suddenly opened a door and ran upstairs to a rooftop, hard-rock guitars and a drumbeat came blasting in, and her vocals turned to a scream. Her next song was a shouted rap-rocker named “B.A.N.G.” and, after a breathless speech about wanting her music to “create something precious on this planet,” she was twirling and rapping at top speed over a galloping beat and dense organ chords; the song’s title, and chorus hook, was “Riot.”

ONIPA Based in Sheffield, England, Onipa drew on music from across Africa. Onipa means “human” in Akan, a language in Ghana, and its music had roots in Ghana, Congo, Senegal, South Africa, Nigeria, Zimbabwe and Algeria, along with hints of the African diaspora. The lyrics were in English, while the grooves were fusions that put momentum first.

ANNA B SAVAGE Solo on an electric guitar, the English songwriter Anna B Savage dealt in ruthless, self-lacerating confessionals, delivered in a tremulous, vehement contralto that brought drama to each phrase. Revealing her pain, she exorcised it.

SQUID Headlining a British Music Embassy showcase of hard-nosed post-punk, along with Do Nothing and Yard Act, Squid was an inventory of cantankerousness. Vocals were chanted, yelped, muttered and barked, sometimes overlapping at cross purposes. The guitarist delivered barbed lines and outbursts of scrabbling chords; the keyboardist chose piercing, nagging tones; the band shared dissonant odd-meter vamps or locked into compulsive, motoric repetitions. Songs about feeling thwarted and controlled fought back, furiously.

TUYO “I came here to warn you that the future is over and the people are survivors,” Lio of the Brazilian band Tuyo sang in their set, the finale of the superb Flow.Ers Agency Brazil showcase. “No need to be scared, I walk with you in this permanent hell,” she sang. The song, “Sem Mentira” (“Without a Lie”), came out in the middle of 2020. Lio and the band’s other two founders, Lay Soares and Machado, share lead and harmony vocals in songs that laced pealing indie-rock with electronics and undercurrents of Brazilian syncopation, earnest yet always graceful.

VOCAL VIDAS This four-woman vocal group performed on a hotel rooftop in Santiago de Cuba as a tie-in to “Soy Cubana,” a documentary about them that was shown as part of SXSW’s film festival. Vocal Vidas performs Afro-Cuban songs using just voices and percussion, turning themselves into horn and rhythm sections as well as a call-and-response chorus, singing about love and the power of music; their mini-set also included a South African song: “Freedom Is Coming.”

Y2K92 Equal parts cute and baffling, Y2K92 is a South Korean duo: the producer Simo and the vocalist Jibin. The tracks were amorphous and genre-blurring: swirling flutes over sparse trap beats; loops of women’s voices over a double-time jungle-ish rush; distant distorted guitar strumming topped by someone’s whisper and strings playing a phrase of “Rhapsody in Blue”; skittering electronic plinks over shifting offbeats. Jibin, wearing a pink dress over green track pants, sang and danced with video projected on the wall behind her, and subtitles appeared as she switched between English and Korean, revealing lyrics like, “I’m round and round in a hot tornado sucked in quickly./This is a jungle of silence. Parade of spiral.” It was a 21st-century pop reverie, finely constructed to come across as quirky and casual.

YENDRY A Latin showcase performed at S.O.B’s in New York City included the Dominican singer and songwriter Yendry and her band in their first live set since the pandemic began. She moved easily among idioms and languages: Spanish and English, bolero, bachata, reggaeton, merengue. Her singing voice had a wiry core while hinting at the fluttering trills of flamenco; her rapping was a no-nonsense staccato. And her message was that even if she’s vulnerable, a woman has power.