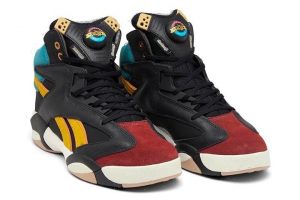 As the iconic Street Fighter game celebrates its 35th anniversary, video game developer Capcom has created a number of commemorative offerings for fans including a CASETiFY collection, a graphic tee capsule with INITIAL Gentleman, and a special-edition Nike Air Force 1 in honor of one of the most iconic Street Fighter showdowns of all time.

The Capcom x Reebok Shaq Attaq “Street Fighter” is scheduled for an October 29 release via Reebok and select retailers for $180 USD.