Home » Entertainment » Takeoff's Cause of Death Revealed by Coroner's Office

Takeoff's Cause of Death Revealed by Coroner's Office 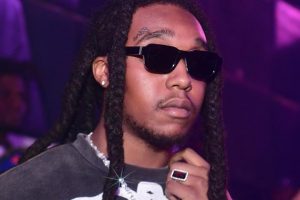 The Harris County coroner’s office has revealed the cause of death of Migos member Takeoff.

The examiner confirmed to Billboard that the rapper’s primary cause of death was “penetrating gunshot wounds of head and torso into arm.” The shooter has not been identified as of writing, and Houston Mayor Sylvester Turner is asking the public to come forward with any information on the shooter in order to bring justice to Takeoff and his family.

Takeoff was shot and killed in the early hours of November 1 after a private party at 810 Billiards & Bowling. He was with his fellow Migos rapper and uncle, Quavo, when an argument broke out and shots were fired from a minimum of two weapons. Takeoff was pronounced dead at the scene, while a 24-year-old woman and a 23-year-old man went to the hospital with non-life threatening injuries.

In remembrance of Takeoff, HYPEBEAST is honoring 10 of his hardest-hitting verses.
Source: Read Full Article