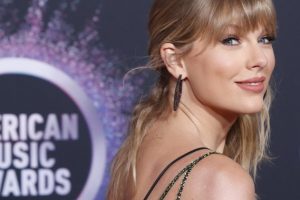 Taylor Swift is speaking out following news that Scooter Braun unloaded her master recordings from the Big Machine Label Group for more than US$300 million.

“For the past year I’ve been actively trying to regain ownership of my master recordings,” she began in a statement posted to Twitter on Monday.

Although Swift’s team reportedly attempted to initiate negotiations with Braun, the record executive allegedly asked the Love Story singer to enter into a strict NDA, meaning she could “never say another word about Braun unless it was positive.”

After rejecting Braun’s terms, Swift says that her master recordings were instead sold to a private company named Shamrock Holdings.

She continued, “This was the second time that my music had been sold without my knowledge.”

Although Shamrock Holdings wanted to inform Swift about the deal, Braun allegedly warned the company that their agreement would be off if they made contact with the artist or her team.

Swift added, “As soon as we started communication with Shamrock, I learned that under their terms Scooter Braun will continue to profit off my old music catalogue for many years. I was hopeful and open to a possibility of a partnership with Shamrock, but Scooter’s participation is a non-starter for me.”

She also attached a letter of response to the private equity group that purchased her music.

“Taylor Swift is a transcendent artist with a timeless catalogue. We made this investment because we believe in the immense value and opportunity that comes with her work. We fully respect and support her decision and, while we hoped to formally partner, we also knew this was a possible outcome that we considered.”

“We appreciate Taylor’s open communication and professionalism with us these last few weeks. We hope to partner with her in new ways moving forward and remain committed to investing with artists in their work,” the statement concluded.

Variety was the first to report how the master rights to Swift’s first six albums had been sold to a previously unnamed investment fund.

Back in April, the music superstar slammed Braun for his “shameless greed” on the release of a new album of her songs.

“It looks to me like Scooter Braun and his financial backers, 23 Capital, Alex Soros, and the Soros family and The Carlyle Group, have seen the latest balance sheets and realized that paying $330 million for my music wasn’t exactly a wise choice and they need money,” she wrote on Instagram. “In my opinion… Just another case of shameless greed in the time of the coronavirus.”

As of this month, the Grammy Award-winner is free to re-record songs from her first five Big Machine-issued albums.

This would mean that fans could stream her re-recorded version instead of the ones purchased by the new owner.

Sara Bareilles was one of the first stars to stand up for Swift after news of the sale.

“Greed is a virus too and it’s everywhere. F–k that. @taylorswift13 sending you love,” wrote the singer.

ET has reached out to Swift’s rep for comment.