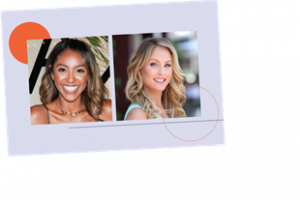 Get ready for the biggest Bachelorette shake-up in history.

Get ready for another dramatic season in The Bachelorette, and, yes, we think Chris Harrison will agree. Multiple outlets are reporting that Tayshia Adams might replace Clare Crawley as the next Bachelorette — at least in a sense. Bustle reached out to ABC and The Bachelorette reps for comment, but did not receive an immediate response.

Rumors about the change-up began circulating last week when someone on Reddit claimed that production hasn’t been getting along very well with Clare, and that Tayshia was being brought in to take over the Bachelorette reins. The unnamed source was supposedly told that Tayshia was in the process of undergoing quarantine and that contestants that Clare had previously eliminated were being brought back to compete for Tayshia’s affections. Noted Bachelor blogger Reality Steve could not verify the validity of this claim, though he did think there was some pretty solid evidence behind it so as to not immediately rule it out.

Though nothing has been confirmed by either ABC, Clare, or Tayshia, further fuel continues to be added to the speculation fire. Deadline reported on Monday, Aug. 3, that Clare’s exit will be incorporated into the season’s storyline rather than just having the producers start everything over from scratch, meaning there would be not one, but two Bachelorettes that would be featured — at least in some capacity — for the first time ever. The outlet also insinuated that Clare’s departure has nothing to do with drama behind the scenes, but rather stems from the fact that she has already fallen in love with one of the contestants and didn’t want to continue leading any of the other suitors on.