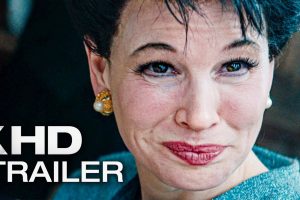 LOS ANGELES (AFP) – The prestigious Telluride film festival in the southwestern US state of Colorado was cancelled on Tuesday (July 14) as coronavirus cases soar across the region.

The annual gathering which draws Hollywood A-listers to a small Rocky Mountains town for premieres and galas had hoped to stick to its Sept 3-7 schedule with heightened safety measures, but made the “heartbreaking” decision to cancel.

With “a seemingly unending number of new cases of Covid-19 and the national chaos around it, even the best strategy is threatened by this out of control environment,” organisers said in a statement to AFP.

The other major fall festivals currently still plan to go ahead in some form, though with slimmer lineups and some virtual, online elements being explored.

Telluride organisers will shortly release details of the lineup it had scheduled, in order to highlight “the best in film this year.”

“No matter how much many of us wear our masks and observe social distancing protocols, the pandemic has worsened rather than improved and the health and safety of you – our passholders, filmmakers, the people of Telluride and its surrounding areas – cannot be compromised,” the statement said.

Coronavirus cases are soaring in dozens of US states, particularly across the nation’s south and west.

Colorado has suffered over 37,000 confirmed cases, including 1,727 deaths, according to a Johns Hopkins University tally.

Last week, the state experienced its highest number of new infections since early May.