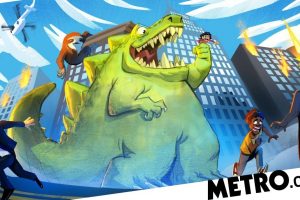 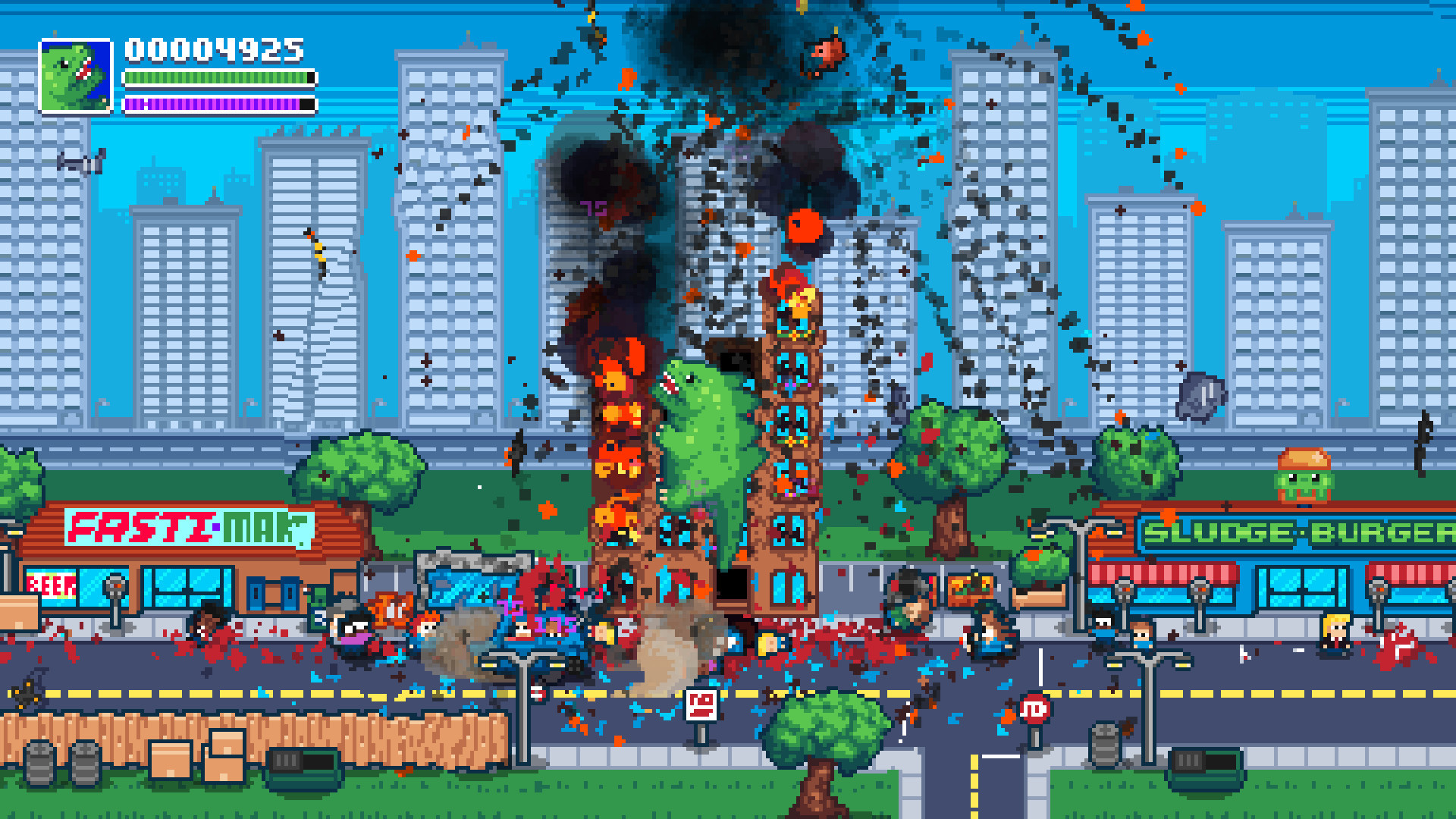 80s coin-op Rampage is the inspiration for this new indie homage, which also doubles as the best unofficial Godzilla game in years.

As The Last Of Us slowly drags us into a new era of high quality, live action video game adaptations, we can’t help but think of 2018 movie Rampage, starring The Rock. Despite being relatively recent it encapsulates everything that has ever been wrong with video game movies, most obviously the fact that it bares almost no resemblance to the source material – to the point where we doubt most people even realised it was based on a game. To be fair, Rampage is very old, so if you need a reminder of what it was all about we highly recommend Terror Of Hemasaurus.

Originally released in 1986, Rampage was always a bizarre choice of game to turn into a film, whether it was adapted authentically or not. It was relatively famous at the time but it was an extremely shallow concept and none of its attempted sequels ever found a way to expand and modernise the gameplay. So while the idea of being a giant monster smashing up a city is definitely a fun idea it’s one that you tend to get tired of pretty quickly.

That is the central problem that Terror Of Hemasaurus struggles with and largely conquers, thanks to more modern presentation and a surprising amount of variety. It’s still a very limited concept but there’s no denying that chomping and smashing your way through an entire city’s worth of innocent people is strangely cathartic.

One of the many frustrating things about the Rampage movie is that despite the original game having a one sentence plot and set-up the film manages to completely ignore all of it. In the game the monsters were mutated humans, not giant-sized animals, while in Hemasaurus you’re playing as a Godzilla style lizard (or three alternative monsters – including a giant sloth) that have been thawed out of the ice by a cult of ecoterrorists.

The idea is that the monsters have been freed in order to teach the world the dangers of climate change, but while the script is convinced it’s a dark comedy in reality it’s about as funny as root canal work. The whole game is the creation of just one person – Finnish developer Loren Lemcke – and while his obvious frustration at the world’s lackadaisical attitude to climate change is perfectly understandable the mix of ecological diatribe and edgelord humour is cringe-inducingly unfunny.

Although the story campaign is extensive, thankfully the plot can be largely ignored, as all you really need to know is the set-up for each new level. At first this is pretty much exactly what you’d expect, if you’re old enough to remember Rampage, as you trundle through a 2D cityscape, eating and stomping civilians on the ground and then climbing up skyscrapers to snack further and ultimately bring down the whole building.

Punching out sections of a building works just the same as Rampage but while the graphics of Hemasaurus are still purposefully retro they’re more complex than they first appear. There’s a neat physics system underpinning how the buildings fall, as you’re encouraged to get them to tip over onto each other, creating a domino effect of architectural destruction.

The default goal of each level is to destroy a certain percentage of buildings or kill a certain number of civilians, but the game adds increasingly unlikely elements, such as kicking a giant ball bearing around town to using trampolines and participating in a brief PR campaign where you’re saving dogs and kittens from a burning animal hospital.

There are so many bonus stages and one-off gimmicks that the core gameplay almost risks being lost in the shuffle, especially as it’s surprisingly easy to bring down a building, thanks to an overly powerful ground pound and special attacks. Armed humans are also less of a problem than you’d imagine in story mode, although the various helicopters, tanks, airships, and gunmen do become more prevalent in endless mode.

The story mode for Terror Of Hemasaurus is not going to take anyone more than two or three hours to complete but as long as you skip the cut scenes it’s a thoroughly entertaining bit of nonsense, with a four-player local co-op option if you want to drag in some friends as well.

It’s a shame the script couldn’t play up the absurd body count and outrageous levels of violence more effectively but in gameplay terms this is as good an update of the Rampage formula as you could imagine, at least from a 2D perspective.

It’s interesting to think what it could be like with more complex visuals, but that might end up being too disturbing if the graphics were more realistic – with the few attempts there have been, such as the PlayStation 2’s War Of The Monsters, focusing more on kaiju vs. kaiju battles.

This is a more direct homage to the original and as well as proving that Rampage can be updated for modern consumption it also proves that nigh-indestructible main characters can be fun to play as, at least for a little while – which has implications for superhero games.

Terror Of Hemasaurus isn’t enough of a revelation to inspire a new wave of Rampage clones, or a movie adaptation, but it does show that even the oldest concept can be successfully revived, with the right amount of effort and gratuitous violence.

In Short: The best Rampage sequel that never was features entertaining amounts of 8-bit style violence and, while unashamedly shallow, proves there’s life in the old coin-op yet.

Cons: Apart from the obvious simplicity of the gameplay, destroying buildings is a bit too easy. Painfully unfunny script and grating music.