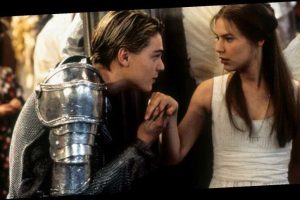 From Atlanta to William Shakespeare’s Romeo + Juliet, here’s all the films and TV shows worth streaming via Star on Disney+.

The streaming platform has just gone through its biggest change yet, thanks to its new section, Star.

Featuring films and TV series from Disney-owned properties such as FX, 20th Century Studios, and 20th Television,some of the biggest movies and US shows in recent memory are now available as part of your Disney+ subscription.

New on Disney+: the best films and TV shows to watch out for in 2021

But, with hundreds more films and series now available to stream, it’s difficult to know which are wort your time.

To that end, then, we’ve curated a list of the very best movies, documentaries, and TV shows streaming via Star on Disney Plus.

And don’t worry; we’ll be sure to keep this list updated as and when new titles become available.

Created by and starring Donald Glover, critically acclaimed TV series Atlanta tells the story of two cousins trying to make a name for themselves in the city’s rap scene.

Set in the early 18th century, this Academy Award-winning film sees a frail Queen Anne (Olivia Colman) allow her close friend and lover, Lady Sarah (Rachel Weisz), to govern the country in her stead. When a new servant, Abigail (Emma Stone), arrives, though, her charm endears her to the queen and she soon uses her new friendship to her advantage…

This extraordinary documentary tells the story of the brave firefighters who were the first ones in, and the last ones out, of the Twin Towers on 9/11.

The Secret Life Of Bees

Queen Latifah, Jennifer Hudson, and Alicia Keys star in this affecting tale about a teenage runaway who, after finding herself in the company of the Boatwright sisters, is introduced to a new world.

In this cult comedy-horror, Jennifer (Megan Fox) becomes possessed and turns into a succubus after she is sacrificed to Satan. And, when her best friend Anita (Amanda Seyfried) learns the truth, it’s up to her to stop her pal… before it’s too late.

Hailing from Steven Spielberg’s production company, Arachnophobia is guaranteed to make your skin itch as it spins its tale of killer spiders descending on a sleepy American town.

Freedom! Beauty! Truth! Love! This sumptuous romantic-musical sees Ewan McGregor’s penniless poet and Nicola Kidman’s prized courtesan fall head-over-heels when they unexpectedly meet at the infamous, gaudy and glamorous Parisian nightclub. But can their love ever hope to survive?

Based on the popular Scandi crime series, Forbrydelsen (The Crime), The Killing follows the police investigation of the murder of a young girl. It interlocks three different stories.

This award-winning series follows an upper middle class African-American family led by Andre ‘Dre’ Johnson (Anthony Anderson) and Rainbow Johnson (Tracee Ellis Ross) as they attempt to mingle with the neighbours and form a rapport with them in an effort to fit in and find their place in society.

The longest-running prime-time medical drama, Grey’s Anatomy follows the (frankly, tortured) lives of doctors and nurses of Grey Sloan Memorial Hospital – and let’s not forget that this is the same show that put Killing Eve’s Sandra Oh on the map, too.

Set in the world of the original 2018 film Love, Simon, the series follows Victor, a new student at Creekwood High School on his own journey of self-discovery, facing challenges at home, adjusting to a new city, and struggling with his sexual orientation. When it all seems too much, he reaches out to Simon to help him navigate the ups and downs of high school.

If you aren’t a Scandal fan yet, you will be. In this addictive drama, Olivia Pope (Kerry Washington), a former media consultant to the President of the United States, starts her own crisis management firm. However, she soon realises that her employees might be hiding darker secrets…

Will Smith, Vivica A Fox, Jeff Goldblum, and more unite when an alien race starts destroying the world’s major cities with their advanced weaponry. Can our motley crew save humankind from annihilation?

Courtney B. Vance, Whitney Houston, Loretta Devine, and Denzel Washington? The cast of this Oscar-nominated film alone should swing this one for you, but if you need further convincing, just know that this big-hearted film sees a dashing angel help a struggling pastor get his marriage back on track.

This sleeper hit of a film flies us all the way to India, where we join a star-studded cast (think Judi Dench, Maggie Smith and Dev Patel, to name just three!) for a moving romantic adventure.

In Brown Sugar, lifelong friends Sidney (Sanaa Lathan) and Dre (Taye Diggs) – a revered music critic and a successful, though unfulfilled, music executive – spend some time reflecting on one single childhood instant: witnessing the birth of hip-hop on a New York street corner.

When the survivors of a plane crash find themselves stranded on a mysterious island, they are forced to work together for their survival (and figure out what the numbers 4, 8, 15, 16, 23 and 42 really refer to, obviously).

Adapted from the 1995 novel by Nick Hornby, this 2000 cult classic film sees self-obsessed record store owner Rob (John Cusack) wallowing in self-pity following his split from his long-term girlfriend. Cue him listing off his top five heartbreaks of all time, which he revisits in the hope of finding out ‘what’s wrong’ with him.

A heartwarming tale of love, motherhood and baking desserts, Waitress sees Jenna’s life fall apart when she discovers that she must not only deal with her abusive husband, but also an unwanted pregnancy. To make matters worse, Keri Russell’s character soon finds herself falling for her new doctor (Nathan Fillion), too.

OJ: Made In America

Boasting a 100% ‘fresh’ rating on Rotten Tomatoes, this ESPN documentary takes viewers beyond the OJ Simpson murder trial as it takes a thoughtful (and desperately sad) look at the history of race, fame, sports and Los Angeles.

In this sumptuous period musical, the bold and enchanting widow Dolly Levi (Barbra Streisand) is a socialite-turned-matchmaker, and she has hatched a plan to capture the heart of “half-a-millionaire” Horace Vandergelder (Walter Matthau) for herself.

The late James Gandolfini’s final movie, the critically acclaimed Enough Said explores the realities of middle-aged dating, and it does so with warmth and an abundance of wit. Julia Louis-Dreyfus also stars.

Leonardo DiCaprio and Claire Danes stole our hearts in Baz Luhrmann’s reimagined story of Romeo + Juliet, which plunged our doomed lovers headfirst into the modern-day city of Verona Beach.