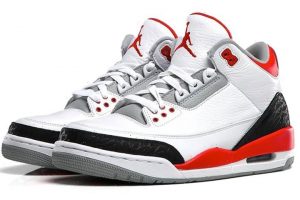 According to reports, Jordan Brand is now expected to bring back the Air Jordan 3 Retro “Fire Red” next year.

Rumored to arrive sometime in 2022, the potential retro release of the beloved sneaker is believed to feature the classic “Nike Air” branding at the rear. Originally introduced back in 1988, the Air Jordan 3 Retro “Fire Red” came alongside the original “White Cement,” “Black Cement” and “True Blue” colorways. The “Fire Red” look for the AJ3 last received the retro treatment in 2007 and 2013, although both releases featured the unfavored Jumpman logos at the rear.

Stay tuned for more information regarding the rumored Air Jordan 3 Retro “Fire Red” expected for 2022 and take a look at the 2013 release above.