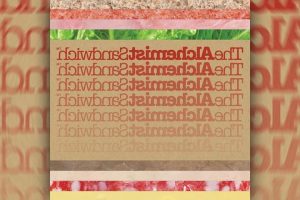 The Alchemist has dropped off his latest project The Alchemist Sandwich, a compilation of two of his EPs Lunch Meat and Bread, both of which were released in 2018.

Clocking in at half an hour, the 10-track effort features contributions from Roc Marciano, Westside Gunn, Conway The Machine, Action Bronson, Styles P, Benny The Butcher, Black Thought and Earl Sweatshirt, as well as Meyhem Lauren with Boldy James and ScHoolboy Q on the brand new tracks “Big Skye” and “Clip In A Tray.” An accompanying music video for the former was also released, with New High Filmz helming the visual.

In other music news, take a listen to The Weeknd’s Avatar: The Way of Water soundtrack contribution, “Nothing Is Lost (You Give Me Strength).”
Source: Read Full Article