Home » The Challenge's Trishelle, Beth and More Returning for 'All Stars': Teaser

The Challenge's Trishelle, Beth and More Returning for 'All Stars': Teaser 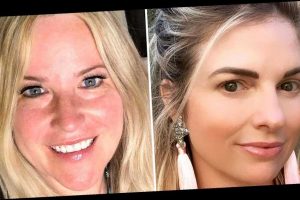 Missing the OGs on The Challenge: Double Agents? You’re in luck! MTV’s franchise is heading to Paramount+ later this year!

Paramount+ and MTV Entertainment Studios revealed on Wednesday, February 25, that the show will feature 22 of the boldest competitors of all time from the original Real World and Road Rules after years on the sidelines. In the new teaser, six cast members’ names are sketched into the helmet.

“All have history, but when relationships are the key to survival, will these legends be able to form new bonds or will their past lead to their demise?” the logline asks. “With $500,000 and their legacies on the line, which of these All Stars will prove they are still the best of the best?”

Mark Long, who hasn’t appeared on the show since 2012, first pitched the idea of an “OG” season on Twitter in June 2020. After his tweet went viral, he started reaching out to past castmates and eventually, pitched the idea to production company Bunim & Murray.

“I want to take it back to where it was fun. It was light-hearted but still competitive. Is there some drama? I’m sure there will be but what I think will be super special about something like this is being able to almost capture the Where Are They Now? type of feel like when they introduce characters on the first episode. Let’s dig in. Let’s see what they’ve been up to the first the last five, 10, 20 years,” Long, 49, told Us Weekly exclusively in July 2020. “So you also get that nostalgic feel of not only what they’ve been up to, but also, are they ready to put on that Speedo and melt some ice with their assets? I think a blend of that would be phenomenal.”

In August 2020, Us confirmed that Bunim Murray was on board. “We are excited about the OG movement Mark has created and look forward to collaborating with Mark to reimagine a competition format that can utilize talent from past BMP series,” Julie Pizzi, president of entertainment and development at the studio, said in a statement at the time.

Additionally, the streaming service announced the return of Road Rules, which last aired on MTV in 2007.

So, who’s returning? Scroll through the gallery below, which will be updated as more cast members are revealed: