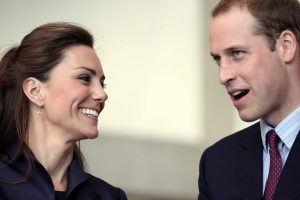 Season six of Netflix’s The Crown will take the series from the ’90s to the early 2000s, showing the meeting of Prince William and Kate Middleton at St Andrews University in 2001.

Whether you’re a royal buff or not, you have to admit that there’s something compelling about Netflix’s smash-hit series The Crown. A stellar cast made up of multiple Oscar and Emmy award winners? Check. A scandalous (but “fictional”) look at the behind-the-scenes of the world’s mostfamous family? You bet. Enough drama to keep us entertained on cosy autumn nights? Absolutely.

Season five may not have even been released yet (it’s due to arrive on Netflix in November 2022), but excitement is already building around what has been confirmed to be the sixth and final season.

The last season of The Crown will take the series from the ’90s to the early 2000s, meaning that audiences will witness some of the most important cultural events in recent history play out on screen.

While specific plot details are being kept under wraps, we can expect the show to explore the events that took place after the tragic death of Diana, Princess of Wales in 1997, as well as chart former prime minister Tony Blair’s years in power between 1997 and 2007. The season is reported to conclude in 2002 with other storylines focusing on the loss of the Queen Mother and Princess Margaret.

However, there is one storyline we have been given some, albeit scarce, detail about: the courtship of Prince William and Kate Middleton, who he would later marry in 2011.

As reported by Deadline, after much speculation and a social media casting call out, Netflix has indeed cast two actors to portray the young Prince, as well as newcomer Meg Bellamy in the role of Middleton. Teenager Rufus Kampa will assume the role of Prince William aged 15, while Ed McVey will portray the prince’s later teen and early adult years.

Kampa is set to appear in episodes that chart how the British Royal Family coped with the tragic death of William’s mother, Diana, whereas McVey’s plot lines will include William’s courtship of Kate, including how they met when both were studying Art History at the University of St Andrews in Fife, Scotland in 2001.

While Prince Harry and a host of other figures have yet to be cast for season six, we’re certainly looking forward to more exciting announcements.